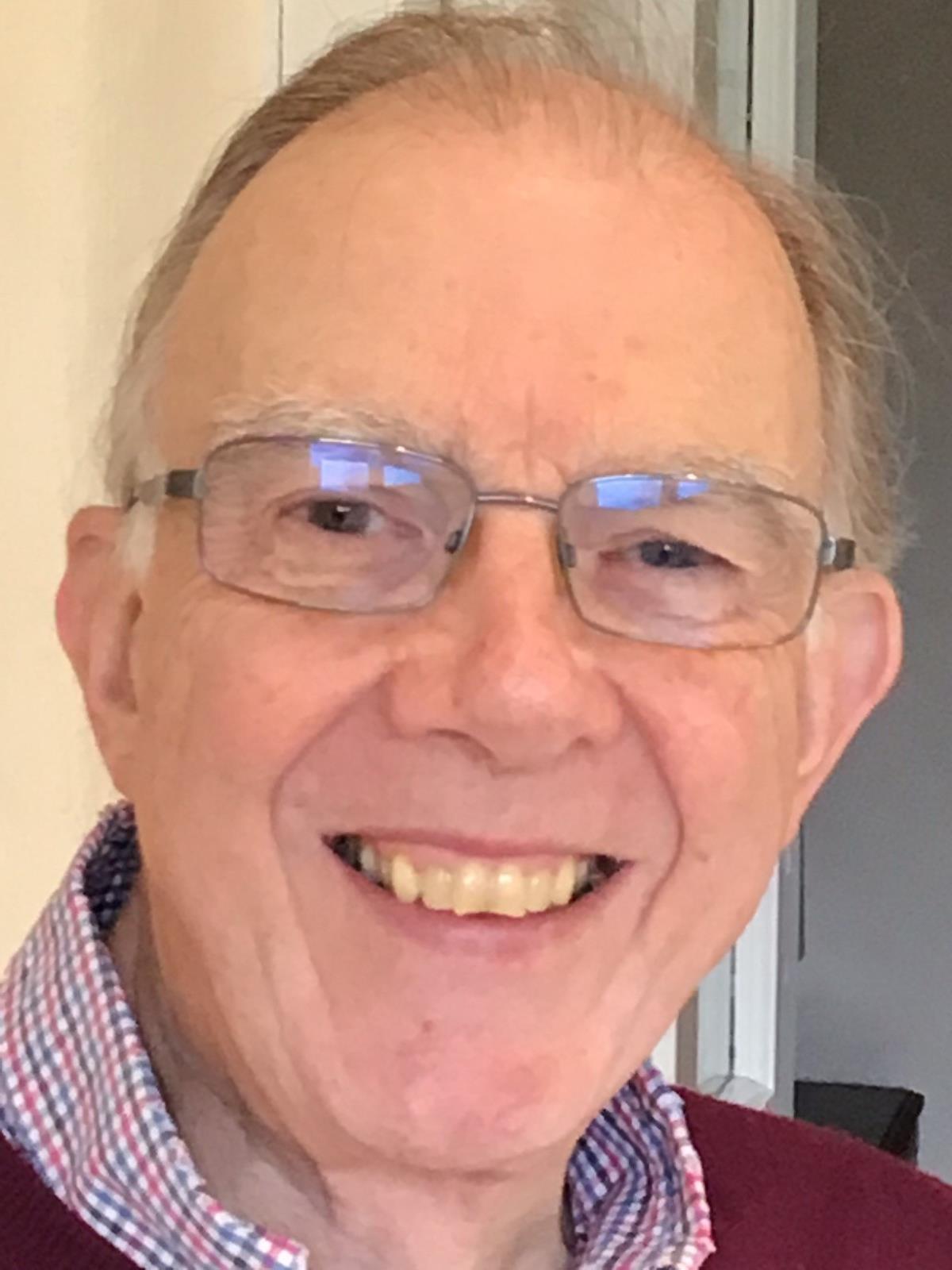 Following on from the success of the previous Literary Evenings, your Livery Committee is delighted to invite you to our forteenth virtual Cocktail hour on Thursday 16th September at 6.00pm where you will be entertained by Liveryman Peter Day, holding a Q&A with the Venerable David Meara.

David Meara was born in 1947,  one of a pair of identical twins. After attending Merchant Taylors' School he studied at the University of Oxford, at Oriel College, taking a degree in Classics and then in Theology, before training for the ordained ministry in the Church of England at Cuddesdon Theological College. After a curacy at Christ Church, Reading, he became University Chaplain at the University of Reading. He was then Vicar of Basildon, Aldworth and Ashampstead, and  Rural Dean of Bradfield,  before moving to become Rector of Buckingham in 1994. He was made an Honorary Canon of Christ Church, Oxford in 1997, and was then appointed Rector of St Bride's Church, Fleet Street, in the City of London in 2000.

In 2009 he was also appointed Archdeacon of London. During his time at St Bride's he was Honorary Chaplain to the Worshipful Company of Stationers and Newspaper Makers, The Turners, and the Marketors. He is an Honorary Fellow of the Society of Editors. He has had a lifelong interest in Monumental Brasses, has published extensively on Victorian and Modern Brasses, and has served as President of the Monumental Brass Society. He is a Fellow of the Society of Antiquaries of London. He has also published about the work of AWN Pugin, and written books about the Anglo-Scottish Sleeper Trains, the Scuttling of the German High Seas Fleet, and the work of the Cardozo-Kindersley Letter-Cutting Workshop.

His latest book explores the topographical writing of the Poet-Laureate Sir John Betjeman, and is called " A Passion For Places: Seeing England Through the Eyes of John Betjeman". It has a Foreword by Sir Simon Jenkins, and will be published in November this year by Amberley Publishing.  He is married to Rosemary, who has been a Secondary School Art Teacher and works in textiles, and they have four children ( two boys and two girls) and seven grandchildren. David retired in 2014, and they moved to live in Oxford, where he became an Honorary Chaplain at the cathedral, and did a stint as Acting Chaplain at his old college, Oriel, where he is now a member of the Senior Common Room. He continues to write, and his next book is an account of the Burma Campaign. Rosemary and he also run an allotment, which has been a real Godsend during lockdown

His new book ‘A Passion For Places: England Through the Eyes of John Betjeman’ explores some of John Betjeman’s favourite churches, cathedrals and secular buildings.       Sir John Betjeman was born at the start of the twentieth century, and lived to become Poet Laureate, an accomplished writer and campaigner, and something of a national treasure. All his life he loved churches, which are woven into his poetic output. He wrote extensively about churches and architecture, telling a journalist in 1955 'If I have a mission, it is to show people things which are beautiful so that they will very soon realise what is ugly. When you look at things, instead of just looking through them, life starts absolutely crackling with interest and excitement.' Now, Betjeman's particular way of looking at churches is in danger of being lost in the face of a more academically driven and forensic art-historical approach. This book picks out some of the buildings, especially churches, which Betjeman was particularly fond of. It highlights and celebrates Betjeman's more poetic, parochial and personal response to the built environment, and his evocation of the English parish church through the ordinary and the charm of hassocks, old incense and oil lamps. Highlighting his religious, aesthetic and social pre-occupations, this book is both gazetteer and commentary on his own particular vision of England and architecture, which deserves to be celebrated afresh.

We hope you can drop in and join us at 6.00 pm, with a glass of wine, Pimms or G&T, for what will be an excellent evening. For those unable to join on the day, we will be recording the event and the link will be published on our website.