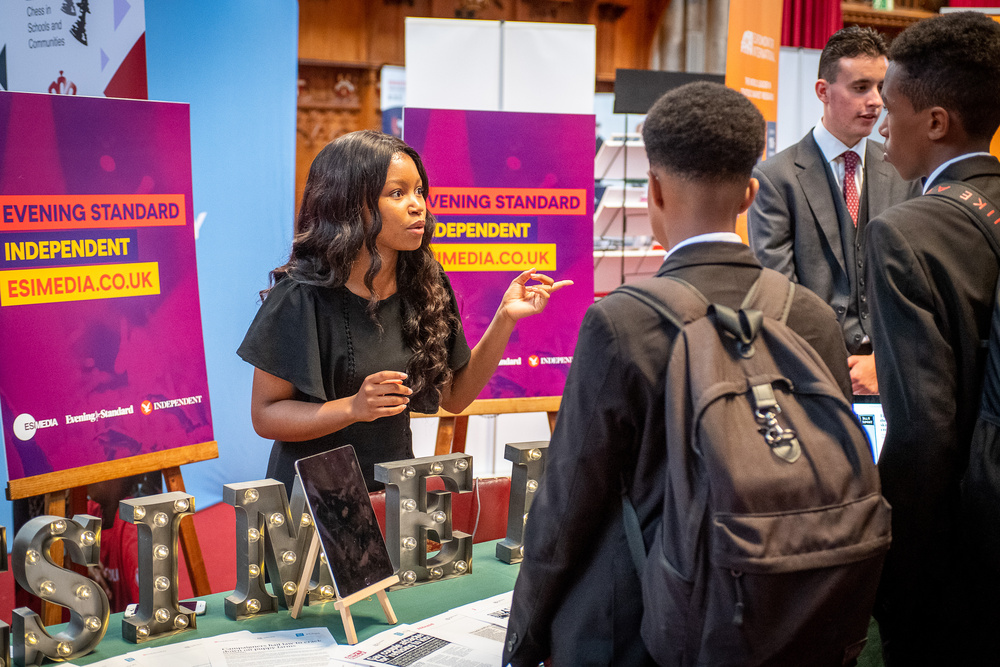 Abbianca has written the following about being an apprentice:-

Applying for the Evening Standard’s apprenticeship scheme was one of the best decisions I could have made for myself. At the time I was 18 and looking for a way to get my foot into the industry but as a young black woman who grew up in East London I was told by many - who meant well - that a career in news wouldn’t be possible for me and that I should “just look at the stats”.

I was discouraged but I knew there had to be a way in that didn’t have to include going to university. Although Education is very important to me, I knew it was equally important to get practical on the field experience if I wanted to succeed in this ever-changing industry and that is what pushed me to apply for the apprenticeship.

Investigations, galas, speaking to MPs outside Downing Street and meeting royals as I followed them around covering their events - these are just some of things I was able to get up to during my time as an apprentice for the Standard and Press Association.

During the first few months of the scheme I also completed my National Council for the Training of Journalists’ Diploma at Press Association - the course was intense but necessary - I studied everything from ethics to production journalism.

I interviewed senior homicide detectives and mothers fighting for justice, investigated the plight of hidden child victims of lockdown and reported on local communities who have supported the most vulnerable during the pandemic. I was also fortunate enough to be part of the Standard team that had a world exclusive interview with Prince Harry and Meghan in October last year.

I was invited to take part as a panel member of a debate – organised by London Press Club with the Stationers, which partnered the Standard in its journalism apprenticeship scheme - about the future of journalism. In the discussion I spoke about the need for media outlets to use their social media and video platforms effectively in order to attract a younger audience.

Throughout my time as an apprentice I learned a number of things, including that it is okay to ask for help and you should not shy away from it. I realised no matter how busy some editors are they will spare the time to speak with you and give you a helping hand.

I also learned that as young people we know more than we give ourselves credit for and for that reason we should not be afraid to pitch a story - sometimes the best ideas come from lived experiences.

The best advice I was given by an editor and mentor at PA is to “keep going and never let rejection stop you from trying”. The truth is every journalist has had a story or two “spiked” (rejected) or not even considered but they get up and try again and that is what I tried to do as an apprentice reporter.

Since I finished my apprenticeship I have gone on to lead reporting on campaigns, including the Standard’s Food for London campaign where I travelled across London speaking to families on the brunt of the food crisis and covered the law and justice section for their joint illegal wildlife campaign with the Independent.

I've been fortunate enough to work with and be mentored by reporters who inspire me, including the Evening Standard’s investigations editor David Cohen, and our crime correspondent Anthony France. I think the best part about being an apprentice is that you're surrounded by experienced journalists who are willing to help you become the best writer you can be.

In the image above you can see Abbianca on the ES stand at Apprentice 19 event.