From the perspective of knowing what a huge project this is, the start may appear to have been a bit slow but much, although not hugely visible, progress has been made.

Although the office team are currently working from home their new office is now complete and very smartly identified as such with blue signage above the window which has itself been treated with  a type of frosting so that the name of the Company and its crest are depicted.  Some internal re-shaping has given the Clerk a separate office and provided very good facilities for everyone’s comfort. 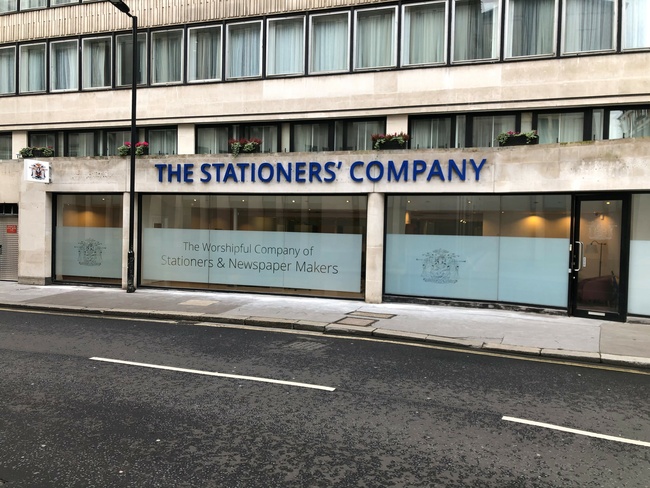 The contract for the Vision 350 work has been signed and, as anyone who has had anything to do with contracts will know, the signatures on the bottom were the easiest parts of the whole process!  The work that went on to ensure that the dotting of i s and crossing of t s was complete was arduous but the building is now signed over to Sykes, the building contractors, for the duration of the project.

Nest week Portacabins will appear in the courtyard and then we shall really see that things are on the move.