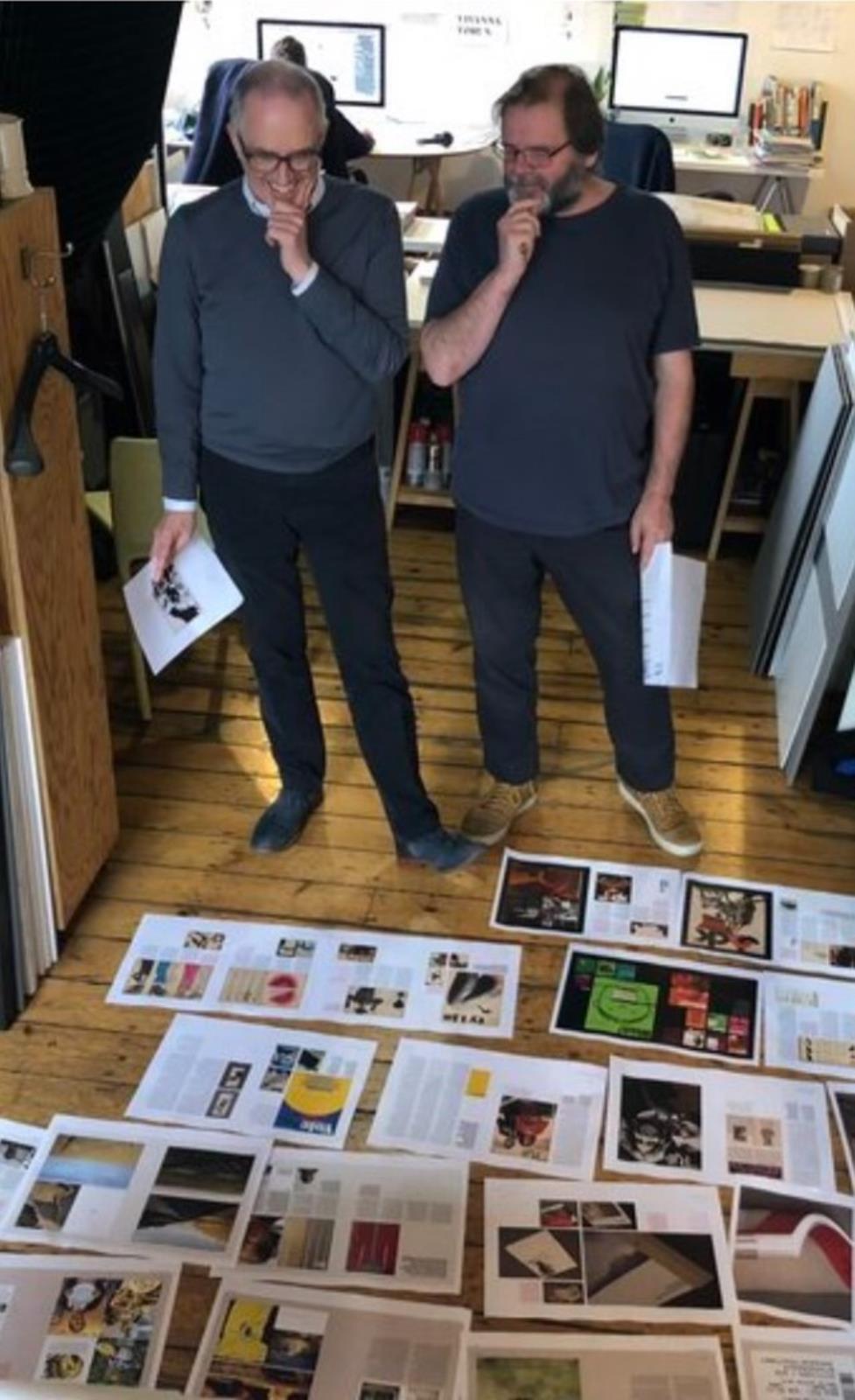 Following on from the success of the previous Literary Evenings, your Livery Committee is delighted to invite you to our tenth virtual Cocktail hour on Thusday 15th April at 6.00pm where you will be entertained by Liveryman Peter Day, holding a Q&A with Simon Esterson and John Walters.

An evening with Eye
In this digitally disrupted world, what is the future of print?

Two people dedicated to the printed word are Simon Esterson and John L. Walters, co-owners of Eye  since 2008. Eye is the leading international magazine about graphic design and visual culture, published from London since 1990 with a wide and eclectic reach.

John Walters has been Eye’s editor since 1999; Simon Esterson runs a busy design studio in north London, and he’s been art editor of Eye  since 2005. They will talk to Peter Day about their life in design, the story of an influential magazine... and about Eye  no. 101 which has just gone to press. It promises to be a fascinating session: art, craft, type, journalism and technology combining to communicate always striking ideas.

Simon Esterson is an editorial designer, making newspapers, magazines and books. He co-founded the architecture title Blueprint  and the design title Eye  and has worked with the New Statesman, The Oldie and History Today. With Mark Porter, he has worked with The Guardian and the Sunday Times in London, and the NZZ am Sonntag in Zurich.

John L. Walters is editor and co-owner ofEye  magazine and edits Pulp  for paper company Fedrigoni. He founded the band Landscape and worked as a composer/record producer before launching CD journal Unknown Public with Laurence Aston. For five years he wrote a music column for The Guardian. Walters has won three ‘Editor of the Year’ BSME (British Society of Magazine Editors) awards and is the author of Fifty Typefaces That Changed The World (2013) and Alan Kitching: A Life in Letterpress (2016).