BALLADS IN THE ARCHIVE 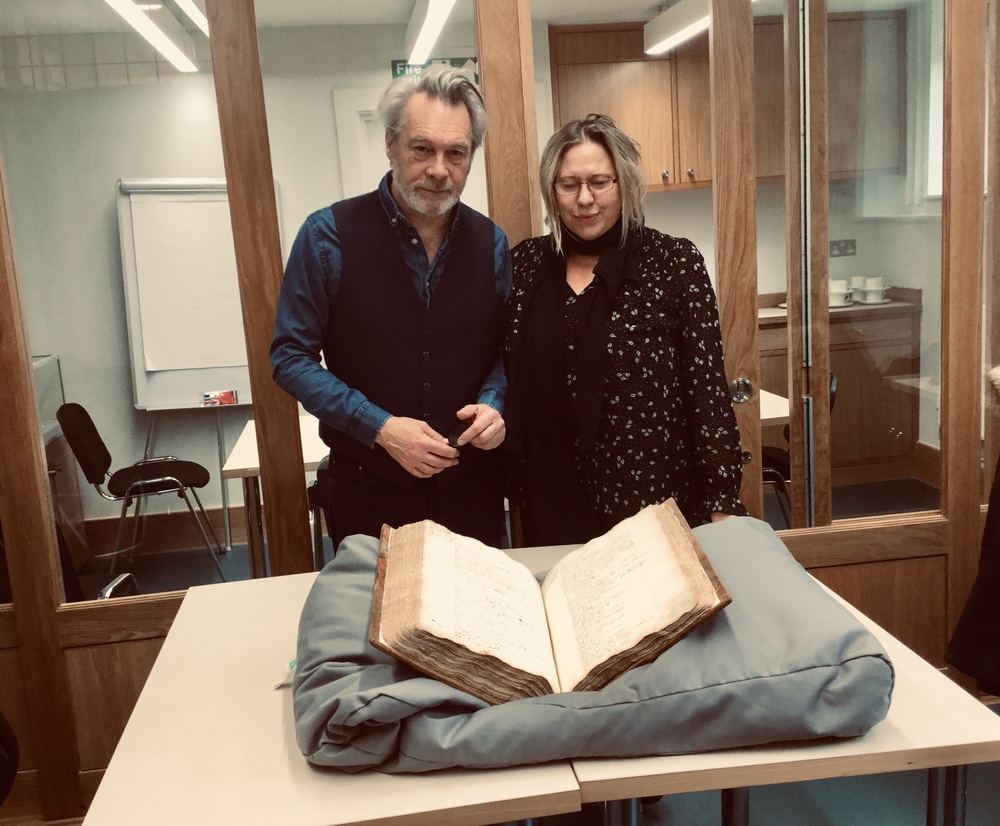 Last week I had an unexpected visit from folk duo Naomi Bedford and Paul Simmons, who were interested in discovering the publishing history behind some of their material.

Naomi and Paul recently recorded a highly acclaimed album of Appalachian ballads. Back in the seventeenth and eighteenth centuries, the eastern region of what is now the United States saw an influx of English and Scottish immigrants. These immigrants imported their musical traditions, which absorbed the influences of other cultures from Europe and Africa and developed its own distinctive sound. Yet many of these ballads can still be traced back to their original versions.
One of these is 'Matty Groves', and as this was one of the songs arranged and performed by Naomi and Paul, they were eager to see if we had any historical information about it.
Publishing ballads was a lucrative business, and for traditional ballads, an association of printers known as the Ballad Partners formed to secure joint ownership and share production costs.Among the titles they registered on the 1st of March, 1675, was 'A Lamentable Ballad of Little Musgrove and the Lady Barnett', a murder ballad about a nobleman who discovers an adulterous liaison between his wife and a servant. The song survived through various versions - and linguistic shifts - to become 'Matty Groves'.
Naomi and Paul were thrilled to see the original entry in the Stationers' Registers. And their enthusiasm was a wonderful reminder of how much our Archive has to offer, not just for academic research, but to enrich our everyday understanding of our culture.

You can find out more about Naomi Bedford and Paul Simmonds on their website: https://naomibedford.com. And if you want to learn more about ballad publication, read Giles Bergel's fascinating essay 'The Stationers’ Company and the Ballad Trade', available on the Adam Matthew Digital resource Literary Print Culture.