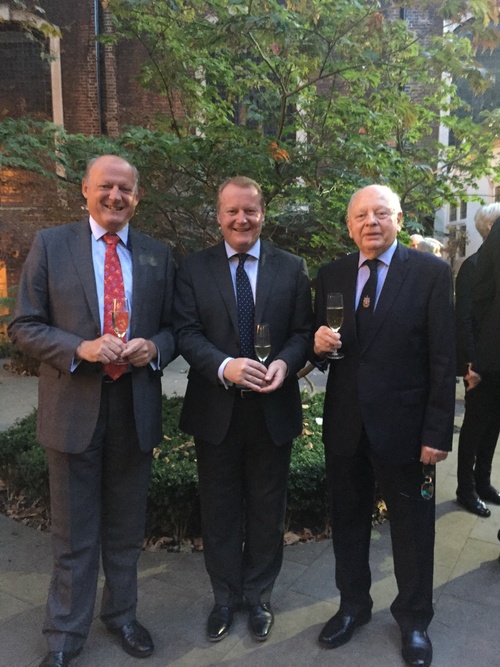 Succession planning at Kolbus UK prompts Under Warden Robert Flather to dig out a great photo of three generations of MD.

Details of succession planning at Kolbus UK were announced recently. Greg Bird (Liveryman) became Managing Director of Kolbus UK Ltd on  1st June and Robert Flather (Under Warden) became Chairman. He will continue to be Managing Director at Kolbus Autobox Ltd  and  will also continue to develop and support Kolbus operations in other geographical areas, particularly France and North America.

All this is great news but the photo will be even more interesting to Stationers showing three 'generations' of of MD all of whom are members of the Stationers' Company and have between them 65 years of service to Kolbus.  Even more impressive is the fact that their service in the role of MD amounts to an astonishing 39 years and counting! Gordon joined the Stationers' Company in 1983. Robert in 2001 and Greg in 2015 so there's well over 60 years of membership of the Company to feed into the equation too!

They are seen in the garden at the Hall and from left to right are Robert Flather, Greg Bird and Gordon Robson.