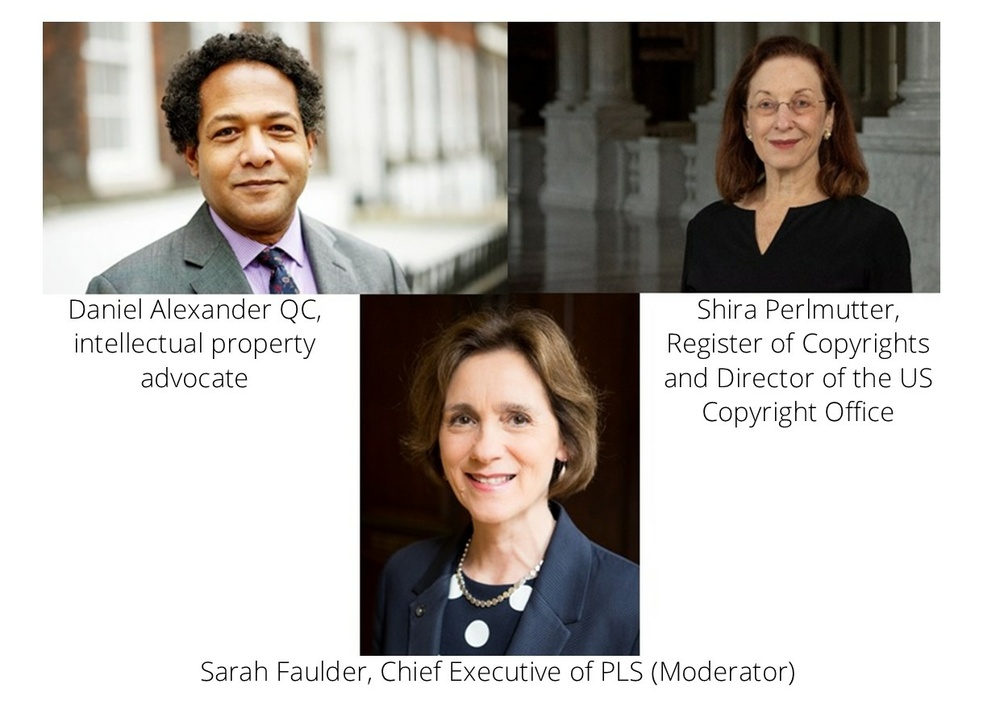 We are proud that the law of copyright was first shaped at Stationers’ Hall – with those early printers strolling in from Ludgate Hill to register historic volumes by Shakespeare and other literary giants.

The act of registration in our ledgers - in the clerk’s ink-blotted entries - protected their rights within a limited geographical area.

Today, publishers face a worldwide challenge to protect their intellectual property – and sometimes it can turn into a global running battle of ‘whack-a-mole’ to prevent theft in an online world where content grows exponentially.

The challenge of protecting intellectual property online was the subject of a fascinating online Zoom discussion that featured speakers on both sides of the Atlantic and attracted a substantial audience.

Our annual copyright event this year was the first collaboration with our US members to shape the event and theme.

Shira Perlmutter, the Register of Copyrights and director of the US Copyright Office, outlined the immense challenge that faces creators of content who wish to protect their work.

“The chief complaint of the rights holder community is the ‘whack-a-mole problem’. As soon as content gets taken down it may be re-posted again, sometimes in the same place, and so it becomes extremely burdensome to deal with that. We cannot be constantly providing new notices for the same infringing material.”

And United States legislation that was framed just over 20 years ago failed to anticipate the immense growth in online content.

“It is very difficult, especially for smaller rights holders, to police all of the internet, to bear the burden of finding infringement and bringing it to the attention of service providers.

“The sheer volume was not even contemplated in 1998. We thought we had a lot of content then but little did we know how it would multiply.”

Leading intellectual property advocate Daniel Alexander QC spoke of the uncertainty caused by Brexit, as the government had decided not to introduce an EU directive, even though it had been supportive when it was passed in 2019.

“The issue remains an open one for what the UK should be doing post-Brexit. One of the big issues is, in the words of the old song, ‘Now that we have found freedom what are we going to do with it?’.”

The meeting took place following the stand-off between the Australian government and Facebook over the question of payment for news – the online giant blocked all news during the dispute.

Daniel Alexander suggested that competition law could help deal with such issues, offering fair licensing, fair control by proprietors and “non-exploitation by those who are making significant money out of the exploitation of copyright works”.

The discussion, chaired by Sarah Faulder, Chief Executive of PLS, one of our Corporate Members, also focused on the intellectual property issues surrounding Artificial Intelligence, Shira Perlmutter, touched on issues that the early Stationers could not have imagined.

Shira said it was clear in the United States that works that do not have creative input from a human being are not copyrightable.

The most famous case involved one that dealt with a monkey’s selfie, where the courts agreed that it was not protectable by copyright “regardless of how creative the monkey might happen to be.”