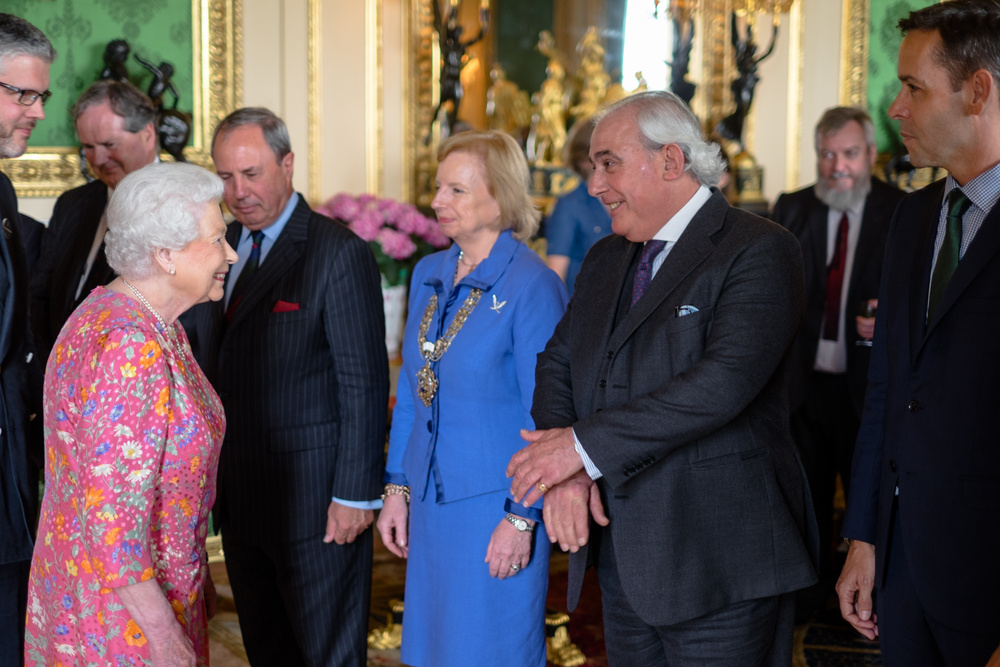 The Stationers' Company is deeply saddened by the death of Her Majesty Queen Elizabeth II and sends our condolences to Honorary Liveryman King Charles III and all the members of the Royal Family.

As a Livery Company incorporated by Royal Charter, the monarchy is central to much of the Company’s life.  Our Freemen make a declaration of allegiance to the Sovereign, which is reiterated when they are made Free of the City of London, in preparation for becoming Liverymen. At Company events loyal toasts are given by the Master and because of our Royal Charter and our affiliation to His Majesty’s Royal Marines we have a closer relationship to the monarchy than some other organisations.

We have been privileged to welcome the Queen to Stationers’ Hall on several occasions and she took especial interest in the launch of the Queen’s Royal Bindery Apprenticeship Scheme in 2016 with the then Master, Helen Esmonde and the former Clerk, William Alden MBE DL (see photo above).

We mourn together the loss of a remarkable Queen and remember the personal sacrifices she made when she gave her life in unfaltering service to our great country.

God save the King.