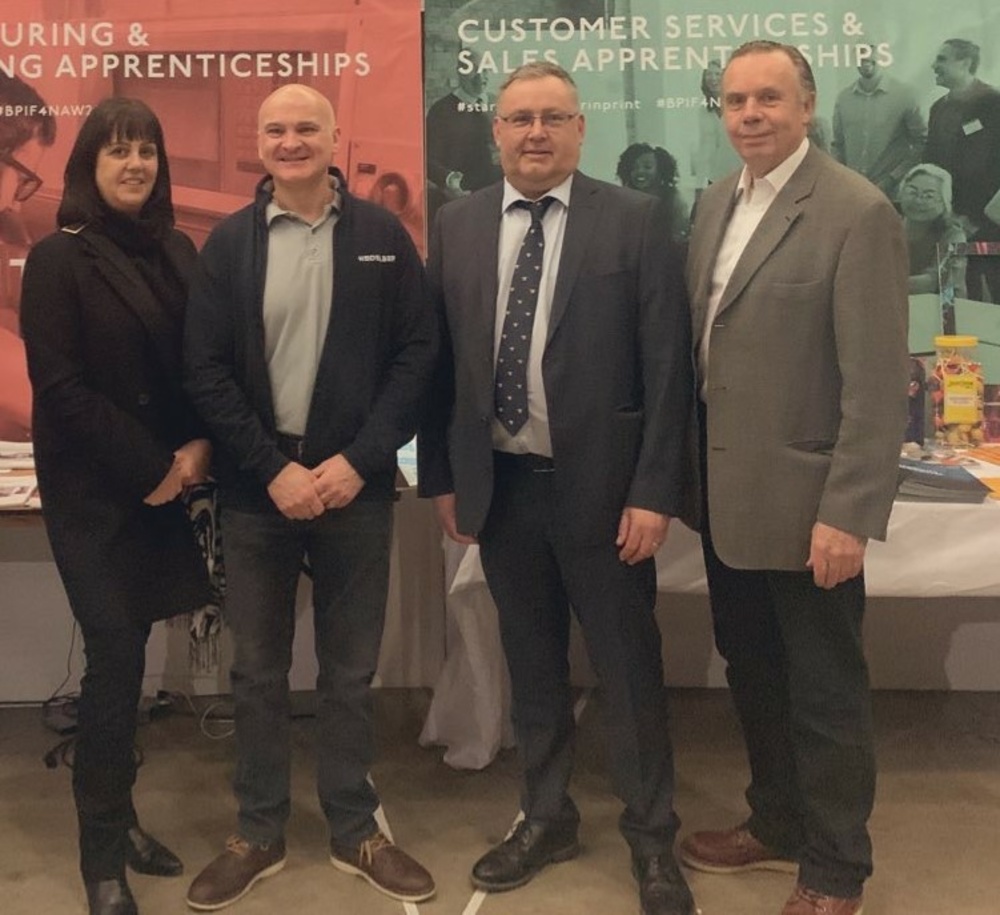 Liveryman Robert McClements and Darren Shepherd of BPIF have provided a summary of this important event which featured a stand devoted to opportunities in our industries.  The  Company supports the event and it is the Northern Stationers who represent us at it.

This was the 2nd year we have attended, in collaboration with BPIF, and a lot was learned from last year.

Support on the day was provided by –  the Stationers, Communisis, Heidelberg, CyanX and BPIF. Smurfitt Kappa provided the stands free of charge (arranged by Freeman Debbie Waldron-Hoines) and  Hart & Clough, Falconer and Olympus provided additional samples.

The fair organisers reported that there were 6123 Student attendees, and 114 Exhibitors.

It was an absolute solid four and a half  hours of constant discussion with students and parents. The students  seemed very engaged and clearly understood apprenticeships.  Some had ideas of the roles they wanted, others were seeking inspiration.

Estimates of the number of people who visited the stand range from  350-400 students and parents.  They  engaged in conversation about the opportunities available and were helped with information on the industry. Engineering, administration and digital opportunities were the most popular in terms of student numbers and some 19 students were postive enough to leave their names for further contact.

The idea of having a single stand, talking about the Print Industry rather than branding the parties involved worked much better.

The stand, which was one of the most visually appealing at the fair was about 10 people deep at times, and the students were pointing at the stand as they walked towards it as they could see the offer over everyone’s heads.

All in all it was a great success and it is encouraging to know that so many youngsters are seriously interested in working in the industry.

In the image you can see from L-R:  Freeman Debbie Waldron-Hoines, Piers Carr of Heidelberg, Freeman Richard Mawson and Liveryman Robert McClements