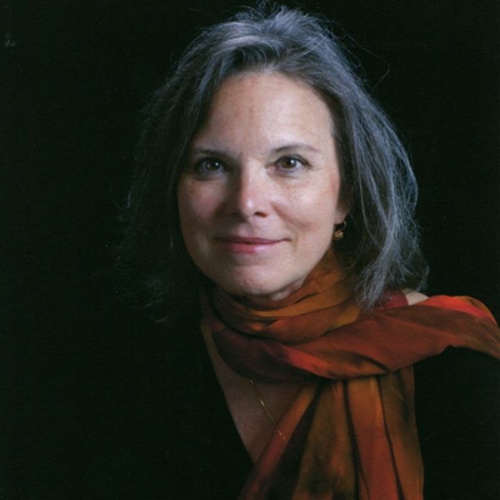 Anyone locked down and seeking a little encouragement in the face of uncertainty will relish this third poem suggested by the Poetry Book  Society.  Members will find it in their own area of the website and should log in and read it there along with all sorts of other items pertinent to the Lock down!

A night without ships. Foghorns called into walled cloud, and you
still alive, drawn to the light as if it were a fire kept by monks,
darkness once crusted with stars, but now death-dark as you sail inward.
Through wild gorse and sea wrack, through heather and torn wool
you ran, pulling me by the hand, so I might see this for once in my life:
the spin and spin of light, the whirring of it, light in search of the lost,
there since the era of fire, era of candles and hollow-wick lamps,
whale oil and solid wick, colza and lard, kerosene and carbide,
the signal fires lighted on this perilous coast in the Tower of Hook.
You say to me stay awake, be like the lensmaker who died with his
lungs full of glass, be the yew in blossom when bees swarm, be
their amber cathedral and even the ghosts of Cistercians will be kind to you.
In a certain light as after rain, in pearled clouds or the water beyond,
seen or sensed water, sea or lake, you would stop still and gaze out
for a long time. Also when fireflies opened and closed in the pines,
and a star appeared, our only heaven. You taught me to live like this.
That after death it would be as it was before we were born. Nothing
to be afraid. Nothing but happiness as unbearable as the dread
from which it comes. Go toward the light always, be without ships.

Carolyn Forché, In the Lateness of the World (Bloodaxe Books, 2020)

Available to order here with 25% discount for PBS Members

Carolyn Forché is one of America’s most important contemporary poets as well as renowned  ‘poet of witness’ and human rights activist who lived in El Salvador during the 1970s civil war. Her new collection In the Lateness of the World is a Poetry Book Society Spring Recommendation. Full of dark crossings and migrations, these poems call to the reader from the end of the world. Exploring uncertain futures and the climate emergency, Forché’s revelations resonate deeply with our latest crisis. Her poem ‘The Lightkeeper’ aptly foresees the fog of uncertainty and the “death-dark” into which we are currently sailing. Forché brings us to a tender acceptance of mortality, but also to a new way of living - without fear - "Nothing / to be afraid". Her final instruction, “Go toward the light always, be without ships”, grants us safe passage and invites us to enjoy these rare moments of illumination. “It is the end, this book whispers, but something else will come”…

Carolyn Forché is the author of Gathering the Tribes, winner of the Yale Series of Younger Poets Prize, The Country Between Us, The Angel of History and Blue Hour. Her international anthology, Against Forgetting, was praised by Nelson Mandela as “a blow against tyranny, against prejudice, against injustice,” and was followed by the 2014 anthology The Poetry of Witness. Her memoir What You Have Heard Is True (Penguin Press, 2019) was a finalist for the National Book Award. She is a Professor at Georgetown University in Washington, D.C.

Image of the author is by Don J. Usner