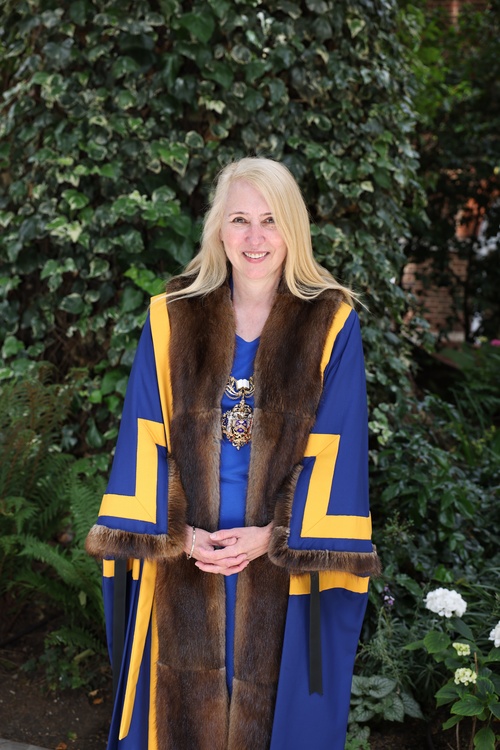 On 5 July 2022 at a Special Court Meeting held at Stationers' Hall a new Master, Moira Sleight, was elected.

From a young age she  always knew she wanted to be a journalist.  She attended  Wisbech Grammar School before going on to study English at Queen Mary College, University of London.

She was the first woman to be appointed as Editor of the Methodist Recorder, a weekly, national newspaper founded in 1861 and she is currently its Editor and Publisher. She is a board member of the London Press Club and the Society of Editors.

Championing diversity and inclusivity within the Company will be a key priority for Moira during her time as Master and members attending the Master's installation warmly supported her statement of intent.

As Master Moira will lead the Company just at the time when Stationers’ Hall is re-opening and she is keen to welcome back members, their guests and commercial clients  and to re-establish it as the Company’s hub.

Another key focus will be on the Company’s aim of helping to produce the next generation of young people in the communication and content industries through the Company’s support of Stationers' Crown Woods Academy in Greenwich, its Apprentice Futures and bursary programmes, the Shine School Media Awards and, at the youngest level, through the Saturday Schools which the Company supports.

The Company congratulates the Master on her election and wishes her well for her year in office.