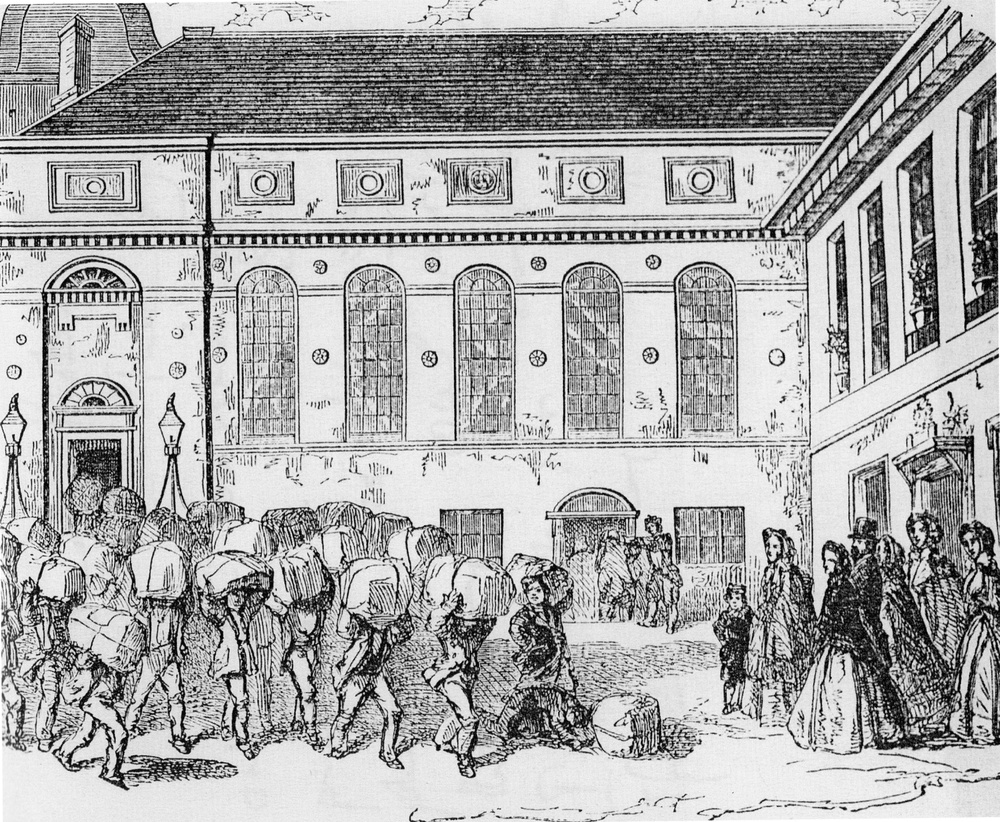 A report on Print, Profit, and People: Stories of the English Stock which was hosted by Professor Ian Gadd of Bath Spa University (who also spoke) and Liveryman Gordon Johnson.  Other speakers were  Professor Helen Smith of the University of York, Joseph Saunders a PhD student from the  University of York and  Richard Bowden a former Senior Archivist, Westminster City Archives.

"It has been a very rich evening," said The Master summing up this year's Archive Evening Webinar which was devoted to the 350-year history of The English Stock, a joint-stock publishing business run by the Company which held monopolies to print small psalters, pocket almanacs and, at times, certain law books and popular classical texts. It devoted its, sometimes, considerable profits not just to paying out dividends to its shareholders, who were all leading Stationers or their widows, but also supporting widows of other Stationers, either financially or through providing printing work, to Stationers' apprentices and to the poor of the Company and elsewhere.

Professor Ian Gadd (Bath Spa University) was one of the four speakers who gave 15-minute presentations which together gave an overview of the "long and complex" history of The English Stock from 1603 to its final liquidation in 1961.

Professor Helen Smith (University of York) spoke on "'Money at the Margins': Widows and the English Stock." In the 16th Century printers' widows had routinely inherited their husbands’ rights to print books and that 'dynamic' carried forward after the establishment of the English Stock (as long as they did not remarry outside the Company). Widows might also receive charitable dividends from the profits and could be given the opportunity to print for the Stock, with conditions as to quality. She cited the case of Anne Griffin who was fined in 1636 for printing a Psalter 'with so large a margin that they cannot be bound with any other book.'

Joseph Saunders (PhD student, University of York) spoke on "Bequeathing Shares: Researching Wills of Stationers 1603-41" based on a survey of 100 Wills of Stationers registered at the Prerogative Court of Canterbury, of which 16 which specifically included bequests of shares in the English Stock. It was "a time of strength" for the Stock and he showed how these bequests moved from actual physical books to shares in the Stock, a move accompanied by an increase in charitable functions and a concern for long-term value of the Stock as a 'key financial instrument'. He cited the 1607 Will of Raphe Newburie in which he left his share in Foxe's Book of Martyrs to provide dividends for the poor of the Company, work for poor children at Bridewell and Christ's Hospital, and for the poor of the parish of St Bride's.

Professor Gadd spoke on "An ‘under-company’? The impact of the English Stock, 1603-1780." He argued that its profits (though increasingly restricted to leading Stationers and their widows and ruthlessly defended both by legal action and by buying-off competition, not least from Oxford and Cambridge University Presses) came to drive the whole Company with a "blurring of boundaries and interests." Thus, at the first meeting of the Company in 1665 after the Great Fire of London had destroyed Stationers' Hall, four of the five agenda items concerned the Stock. Ultimately, however, the profits strengthened the Company's finances and political power in the City when other comparable Companies were in decline. Without the English Stock the Company "would have looked and acted very differently."

Richard Bowden (former Senior Archivist, Westminster City Archives) finished the story by speaking of "The English Stock and how it eventually came to an end." For much of the 19th Century sales of annual Almanacs (pocket diaries filled with useful astronomical and astrological data and memorably described by Richard as "the smart phones of the day") drove the Stock's profits with a record 694,000 sold in 1839 for a profit of £12,000. But from the 1870s sales went into rapid decline and, although the situation was hopeless by 1900, legal complications prevented the winding-up of the English Stock for another 60 years. During this time it was transformed from a publishing enterprise to a property company dependent on rents from 18-28 Ludgate Hill. These buildings were destroyed in the Blitz and the block was finally sold in 1958 for a massive £663,000. It took a Private Act of Parliament to unwind the complicated relationship between the Stockholders and the Company (bitterly opposed by the then Treasurer, William Penman) but in the end the proceeds were able to take the Company through the next few difficult decades.

The evening, which was attended by 92 viewers, was accompanied by a 'virtual' exhibition curated by our Archivist Dr Ruth Frendo which can still be seen on the Archive section of the website here.

You can listen to the whole event by clicking on the image below.