THE PRINT SHOW AT THE NEC IN BIRMINGHAM 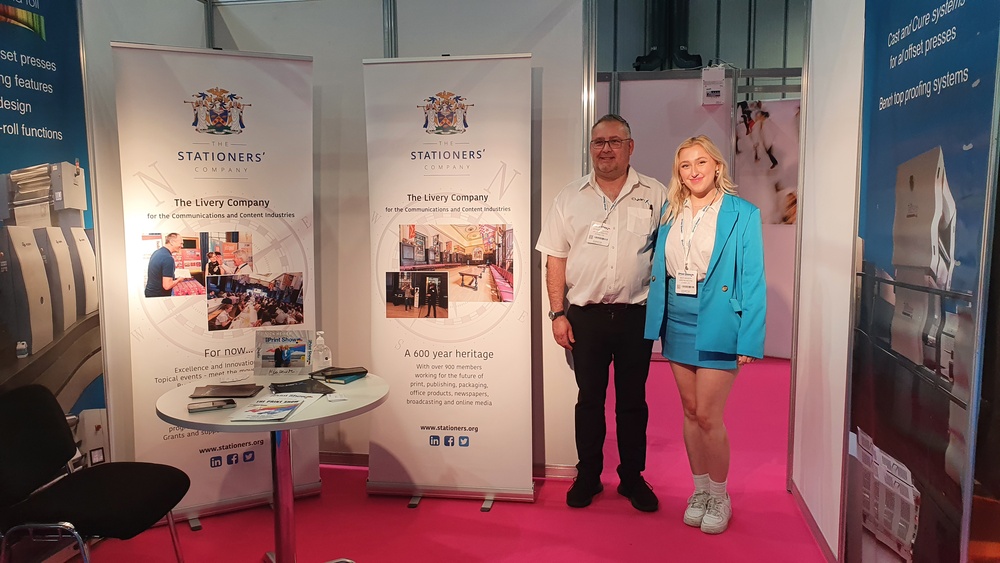 Huge thanks to Liveryman Bettine Pellant and Picon who lent the Stationers' Company their stand at the Print Show for a Stationers' Print Sector get together at the close of play yesterday, 21 September.

Following the  gatherings of Stationers in the Publishing Sector after the London Book Fair the Print Sector instigated a similar gathering at the Print Show and there was just time for one such meeting before Covid struck.

Yesterday we were able to gather again thanks to Picon who had a stand at this year's Print Show.  Open to all Stationers visiting the show  and anyone interested in the Stationers' Company we were heartened to see lots of members and hear from others who had been at the show but could not make the reception.  In the photo you can see Liveryman Richard Mawson  with his daughter Beth who had very kindly completed their CyanX stand with banners about the Stationers' Company.  Other members present included:

Several brought colleagues some of who expressed interest in membership and, although views on whether the Show had been great for business were mixed (a reflection of the difficult times we are going through), they alI were glad to be there! It was great too to see friends from TwoSides,  IPIA and Whitmar.

We are very grateful to Bettine and to her colleague Cathy who looked after us so well.