'A Day in the Life of the Stationers’ Company'

In 1673, members of the Stationers’ Company moved into their new hall on Ave Maria Lane. Their previous premises, Abergavenny House, had been destroyed in the Great Fire, along with a large proportion of the City of London. The Stationers’ archives contain a treasure trove, not only concerning the new publications that were registered at the hall, but also the life of the members of the Company and the staff.

The focus for the 2020 archive evening is how the Stationers’ Company operated on a day to day basis, looking particularly at the 17th century.

The formal part of the evening will be a round-table discussion, chaired by Liveryman Gordon Johnson. Four themes will be considered:

1. The establishment and development of the Stationers’ Company. Led by Karen Waring, who is researching for her doctoral thesis on the Company between 1557 and 1637, under the supervision of Professor Ian Gadd.

2. The Company’s role in the life of the City of London, and working with other guilds around St Paul’s Churchyard. Led by Dr Gordon Johnson, formerly Syndic of the Cambridge University Press.

3. The pageantry of the Company, including the maintenance of the Stationers’ barge, and the feasts and other celebrations held in the hall. Led by Liveryman Margaret Willes, who has written about food and drink in the 17th century.

4. The wealth of information about the daily life in the 17th century that can be derived from the Company’s archives. Led by Dr Ruth Frendo, the Company’s Archivist.

There will be an exhibition in the Court Room, with an appropriate keepsake. 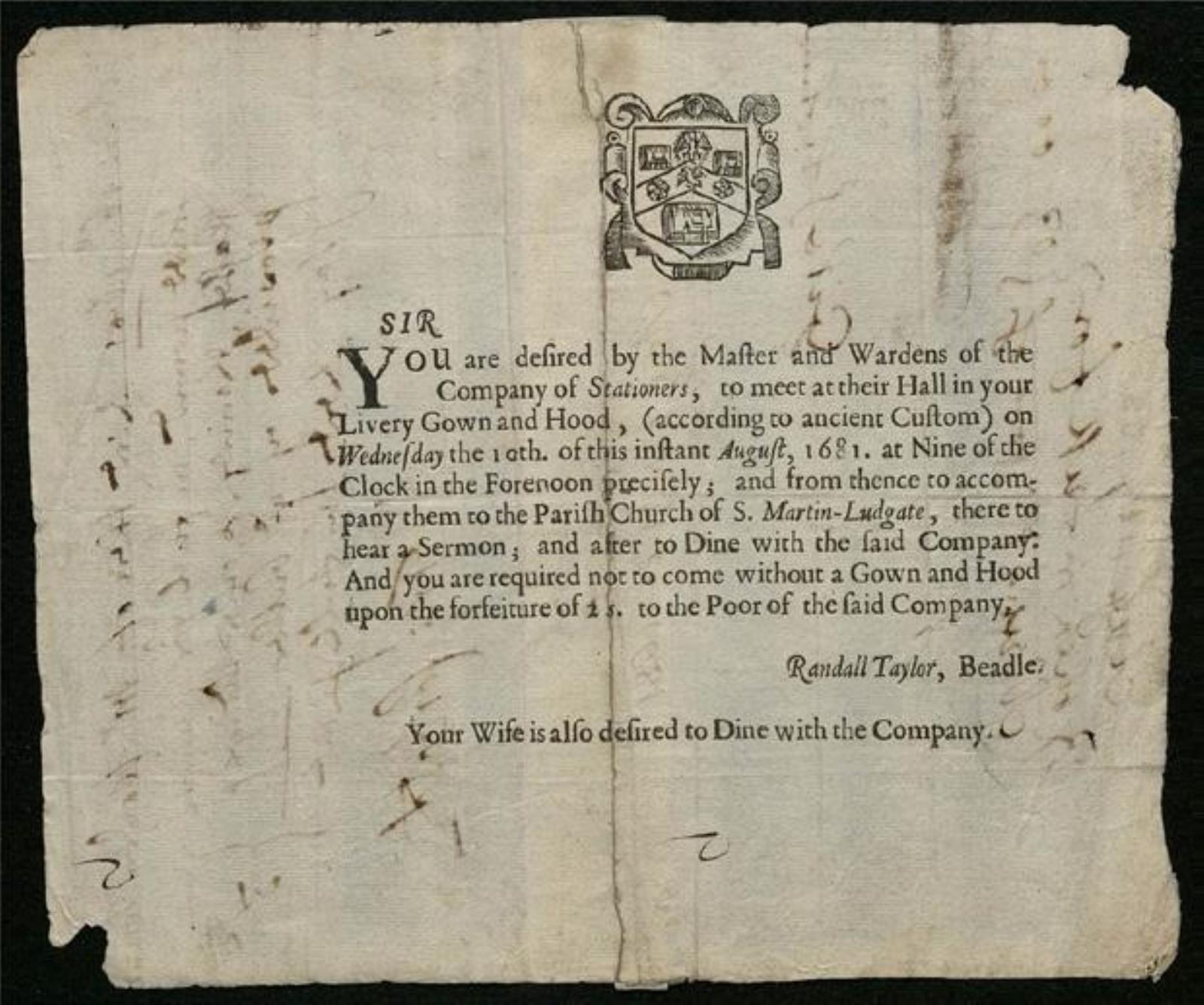