Following Common Hall, Liverymen, Freemen and their guests are invited to stay on for the Master’s Installation Party, with a champagne canapé reception in the garden.  This year, if elected, the new Master will be the Right Reverend Dr Stephen Platten (pictured on the left in the photo).

Stephen was educated at the Stationers’ Company’s School and then at the University of London, Trinity College, Oxford and trained for the priesthood at Cuddesdon College, Oxford. He worked for three years initially for Shell International at Shell Centre in London before training as a teacher and then offering for ordination. He served as a curate in Oxford and was a tutor at Lincoln Theological College before running the diocesan training and selection process as a Canon of Portsmouth Cathedral. Thereafter he served as the Archbishop of Canterbury’s Foreign Secretary under Robert Runcie, travelling widely. Appointed Dean of Norwich in 1995, he headed up the Cathedral’s 900th Anniversary celebrations and initiated the project to build a new Visitor’s Centre and choir facilities within the ruins of the mediaeval monastery. In 2003 he was consecrated Bishop of Wakefield, a diocese covering a large part of West and South Yorkshire including Huddersfield, Halifax, Dewsbury and a cluster of large towns, formerly centres of coal-mining and the wool industry.  He has taught theology throughout this time and published in a variety of areas including writing on church buildings.  He has been a Liveryman of the Company since 2005, served in the office of Renter Warden, was chairman of the Hall & Heritage Committee, a founding member of the Hall Development Executive Committee and chairman of the Foundation Fundraising Committee. 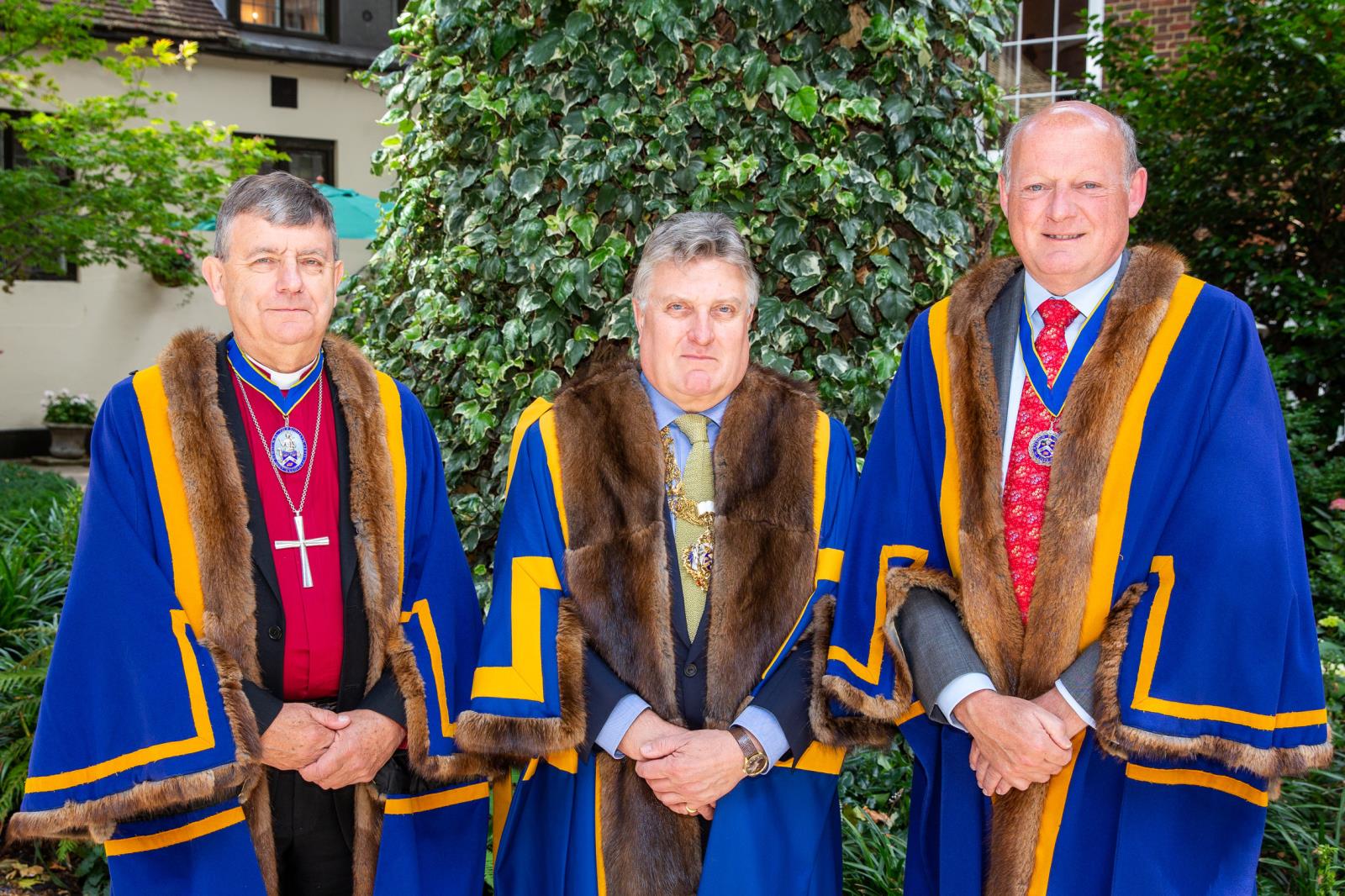