Back by popular demand following the release of his new book 'Around the world in 80 plants', we are delighted that Jon Drori has agreed to do another Literary Evening.

Following on from the success of the previous Literary Evenings, your Livery Committee is delighted to invite you to our twelfth virtual cocktail hour on Thursday 17th June at 6.00pm where you will be entertained by Liveryman Peter Day, holding a Q&A* with Court Assistant Jon Drori CBE.

Please submit any questions for the Q&A in advance to Lucie McCord at admin@stationers.org by Monday, 14th June. We will try to answer as many of them as possible.

Stationer Jonathan Drori is a Court Assistant, and also a Trustee of the Eden Project, an Ambassador for the WWF and was for nine years a Trustee of the Royal Botanic Gardens, Kew and the Woodland Trust. He is on the Board of Cambridge University Botanic Garden, the Cambridge Science Centre and Raspberry Pi, which recently sold its 39 millionth computer. Until recently he was Chairman of Ravensbourne University London.  As he will explain in this talk, his work in many fields has been linked by a passion for the public understanding of science. He was a documentary director with the BBC, and as an executive producer he was responsible for more than 50 prime-time series, mostly on science and technology. His own TED talks on science misconceptions, pollen, and the beautiful tricks that flowers play, have been viewed millions of times and his previous book, Around the World in 80 Trees is now in 17 languages. He was made CBE in 2006.

Around the World 80 Plants

Often beautiful, sometimes deadly, but constantly ingenious, plants are the sources of life and delight, myth and mayhem. Around the World in 80 Plants takes readers on another trip across the globe, bringing to life the science of plants by revealing how their worlds are intricately entwined with our own history, culture and folklore. Following the success of Around the World in 80 Trees, the colourful cast of characters are again gloriously illustrated by Lucille Clerc.

Who knew that there was a time when pineapples were hired out for parties, that there are everyday fruit whose ripening responds to sound, or why bananas are perfect for nightclubs? There are parasites and carnivores, arch-manipulators and even plants that destroy telephone wires. From the seemingly familiar shamrock to the eerie mandrake and Spanish 'moss' of Louisiana, via the early histories of beer and the unflagging search for aphrodisiacs, each of these stories is full of surprises; Some have a troubling past, while others have ignited human creativity or enabled whole civilizations to flourish. 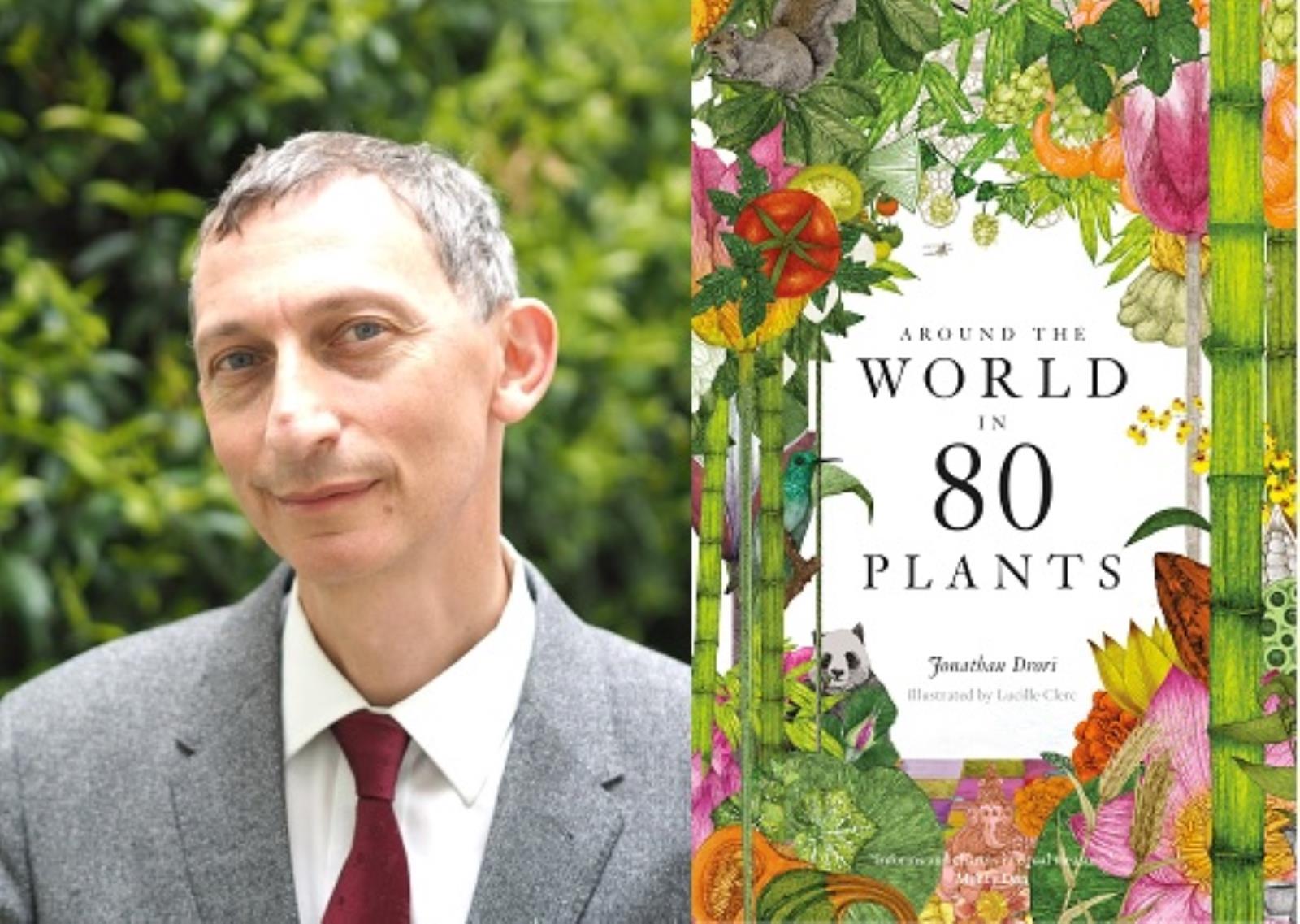