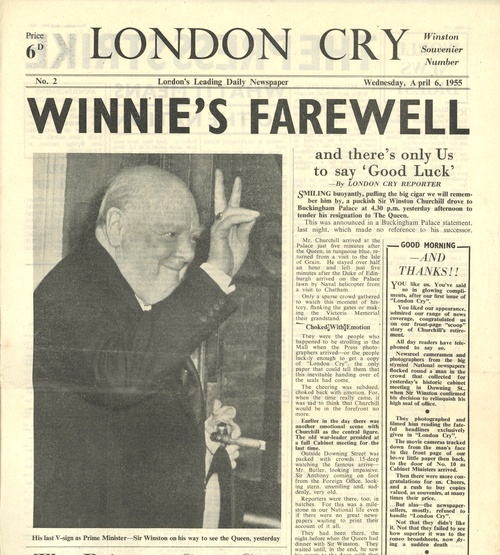 A fascinating new deposit has been added to the Stationers’ Company Archive, courtesy of Emeritus Past Master Patrick Shorten and late Past Master Sir Ray Tindle. It’s a collection of eight issues of the London Cry, an unofficial newsletter published in April 1955, when strike action halted the Fleet Street presses.

The newspaper strike lasted from the 26th of March to the 21st of April 1955, and saw Londoners queuing to get their hands on regional papers, ferried into the capital in bulk and often sold on at a considerable profit. Particularly sought after were sports reports: the strike coincided with some of the major fixtures of the horse-racing season, and bookies reported a significant drop in business. Among the national newspapers, only the Guardian (printed in Manchester) was able to continue production. The BBC’s television news, then still in its infancy, received a boost in viewing figures, just as its first domestic competitor ITN was being put together.

Casualties of the reduction in reporting included Sir Winston Churchill’s resignation as prime minister on the 5th of April (see main picture), and the appointment of Sir Anthony Eden to the role the following day. It was this vacuum that spurred the producers of London Cry into action. Printed on a single sheet of paper, its dimensions between A4 and tabloid, the newsletter introduced itself with the promise that ‘Each day, while the great presses remain silent, we will endeavour to increase our coverage of the important, vital news, so that people may be kept informed of events affecting their welfare and livelihood.’ 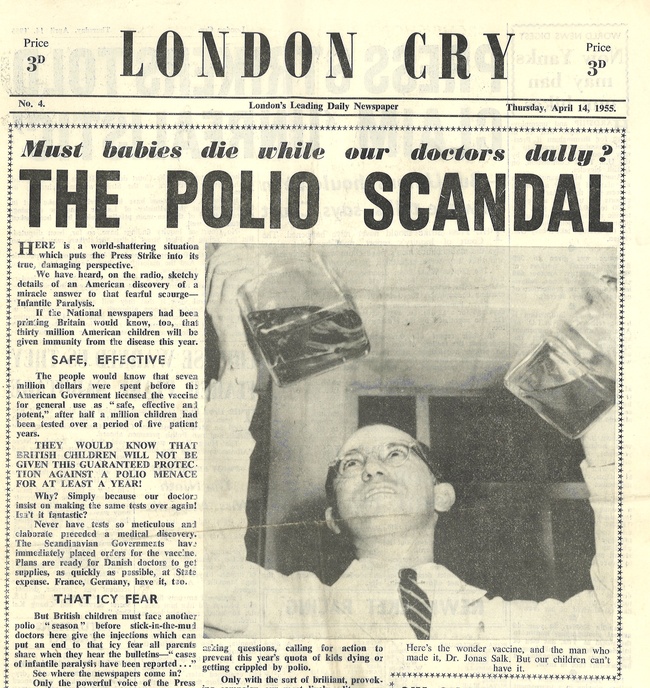 Alongside the Churchill scoop, the newsletters offer a remarkable glimpse into the concerns of the day, told, of course, from a very particular viewpoint. There are reports of the arrest for murder of nightclub hostess Ruth Ellis, who was to become the last woman hanged in Britain, and of a police hunt for a child-murderer in Wigan; a condemnation of delays in releasing a new polio vaccine in Britain due to the Ministry of Health’s ‘red tape’; and updates on the latest budget, which, in language typical of its day, the paper characterises as ‘A Mum’s Budget … every tax relief should mean more money in the housewives’ purses. The men, on the other hand, will still pay heavily for beer, tobacco and petrol.’

Interspersed with these headlines are snippets of celebrity gossip, mostly surrounding high profile divorce settlements and the disputed cinematic release of  The Wild Ones, and some divertingly dated trivia: on the 5th of April, for example, we’re informed that ‘Conversations 100 yards away can be picked up with book-size electronic instrument, needing no wires or microphone, expert Bernard Spindel tells U.S. Congressmen investigating wire-tapping.’ The newspaper strike itself, a joint action by the Electrical Trades Union and Amalgamated Engineering Union in support of maintenance staff, is regularly inveighed against. And, of course, the race meeting cards loom large on the back page. 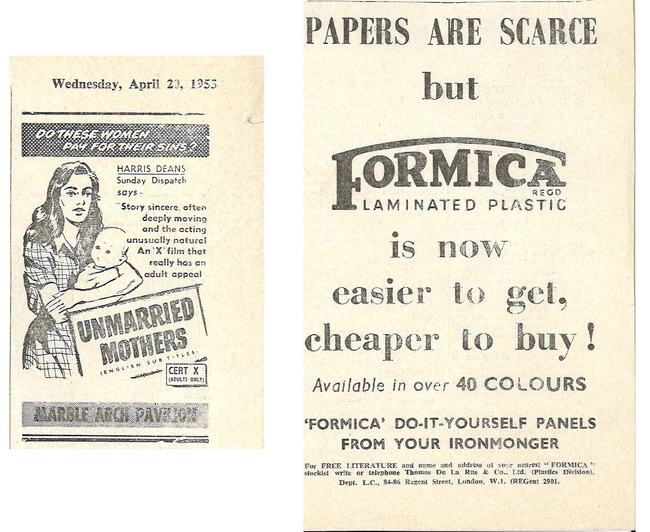 Overall, it’s a wonderful addition to our Archive, and one which will no doubt intrigue future researchers. There is, however, a missing part to the puzzle which members of the Stationers’ Company may be able to supply. While I’ve managed to establish what the strike was about, and a little of its impact on the general public, I can’t find any trace of who was behind the London Cry. If anyone remembers the publication, or knows anything more about it, I’d love to be able to record that extra information. Contributions welcome at archivist@stationers.org.