This day in the archive: 2 June

On the 2nd of June 1656, Nathaniel Ponder was apprenticed to the bookseller and Stationer Robert Gibbs. Ponder went on to have an eventful career in publishing. He oversaw the publication of several nonconformist works of divinity and political pamphlets. His dissenting views sometimes brought him into conflict with the authorities, and he was notoriously imprisoned for publishing a seditious work by Andrew Marvell.  Today, he is best remembered as the publisher of The Pilgrim's Progress by John Bunyan

Ponder came from a proudly nonconformist background. In 1634, Nathaniel's father, John, was arrested and tried at the Court of High Commission for participating in a nonconformist service at the house of Nathaniel's grandfather Owen (Owen and four other members of the Ponder family were also arrested). John Ponder became the first Elder of the Rothwell Independent Church in 1656, the year of Nathaniel's apprenticeship. Nor was it a coincidence that Nathaniel served that apprenticeship with Gibbs, who specialized in dissident political and devotional tracts. Printers and publishers inevitably developed networks of culturally sympathetic colleagues through apprenticeships and partnerships. 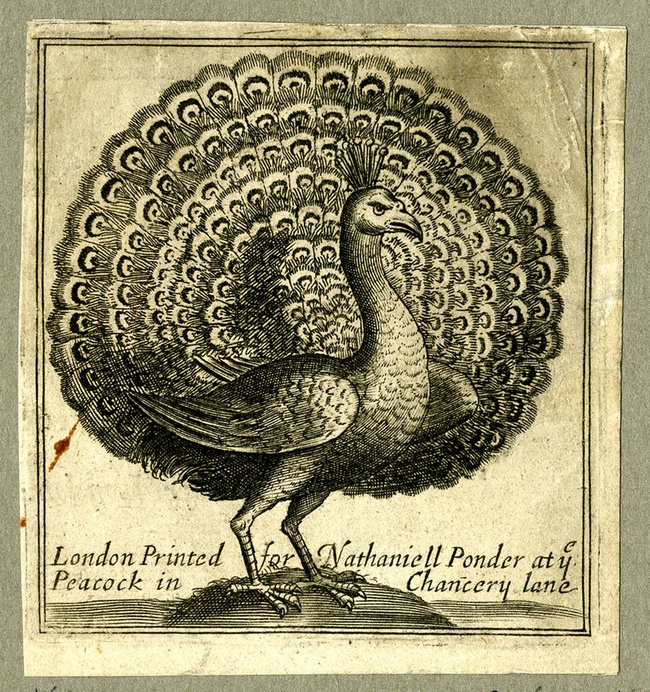 Trade card of Nathaniell Ponder, bookseller. © The Trustees of the British Museum

By 1668, Nathaniel Ponder was established as a bookseller at the sign of the Peacock in Chancery Lane. The content of his publications meant that many of them had to remain unlicensed. In 1672, one of these, Andrew Marvell's anti-Anglican satire The Reharsal Transpos'd, brought Ponder into direct conflict with the Stationers' Company and with Roger L'Estrange, at that time acting as Licenser of the Press. L'Estrange eventually licensed a severely expurgated version of the work, but in 1676 Ponder was imprisoned for publishing yet another inflammatory work, Marvell's Mr Smirke, or, The Divine in Mode … together with a Short Historical Essay.

Released after two weeks, Ponder subequently restored his reputation by publishing what was to be his most successful enterprise, Bunyan's The Pilgrim's Progress. A Christian allegory of the struggle to live a good life, Bunyan wrote much of the text while serving a prison sentence for offenses against the Conventicle Act of 1593 - the same act under which Ponder's own father had been arrested decades earlier. 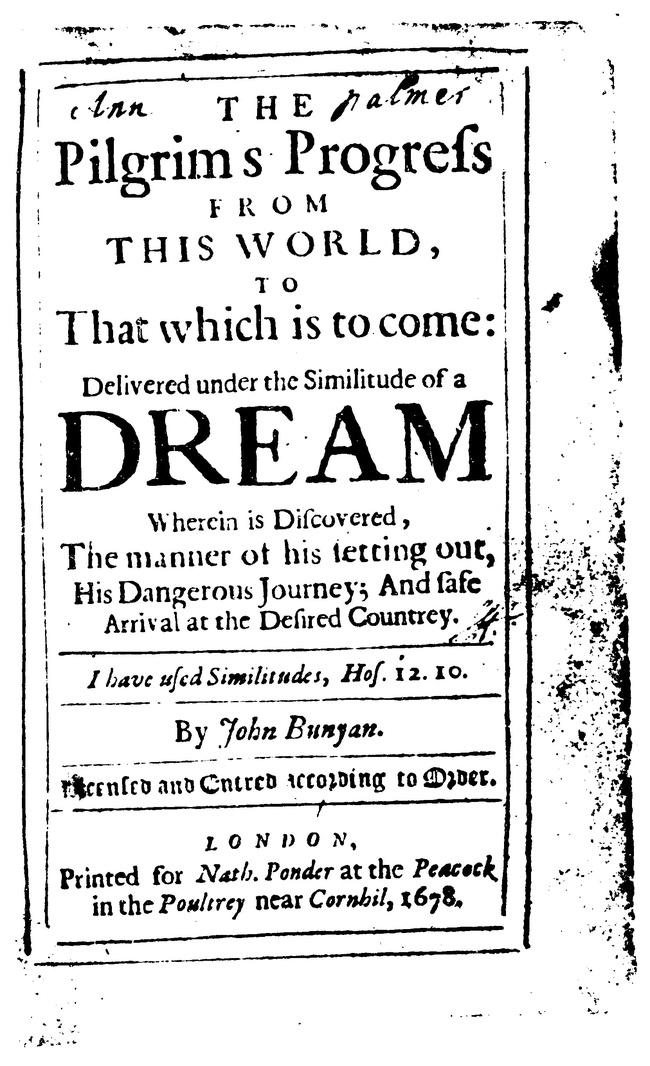 Title page from first edition of The pilgrim's progress from this world to that which is to come, by John Bunyan. Reproduction of original in the Huntington Library, electronic copy accessed on EEBO

The book was an instant success, and has remained in print ever since. Ponder's fortunes, however, did not fare so well. In 1688, he was imprisoned again, this time sent to the King's Bench for debt. He brought several cases against debtors and defrauders, but in 1697, he was forced to petition the Stationers for relief. He had already resigned his share in the English Stock, and he spent his last years dependent on the Company's charity.