THE STATIONERS’ COMPANY IS PRESENTED WITH A COPY OF THE BEAUTIFUL PUBLICATION 'MARKS OF GENIUS: MASTERPIECES FROM THE COLLECTIONS OF THE BODLEIAN LIBRARIES' 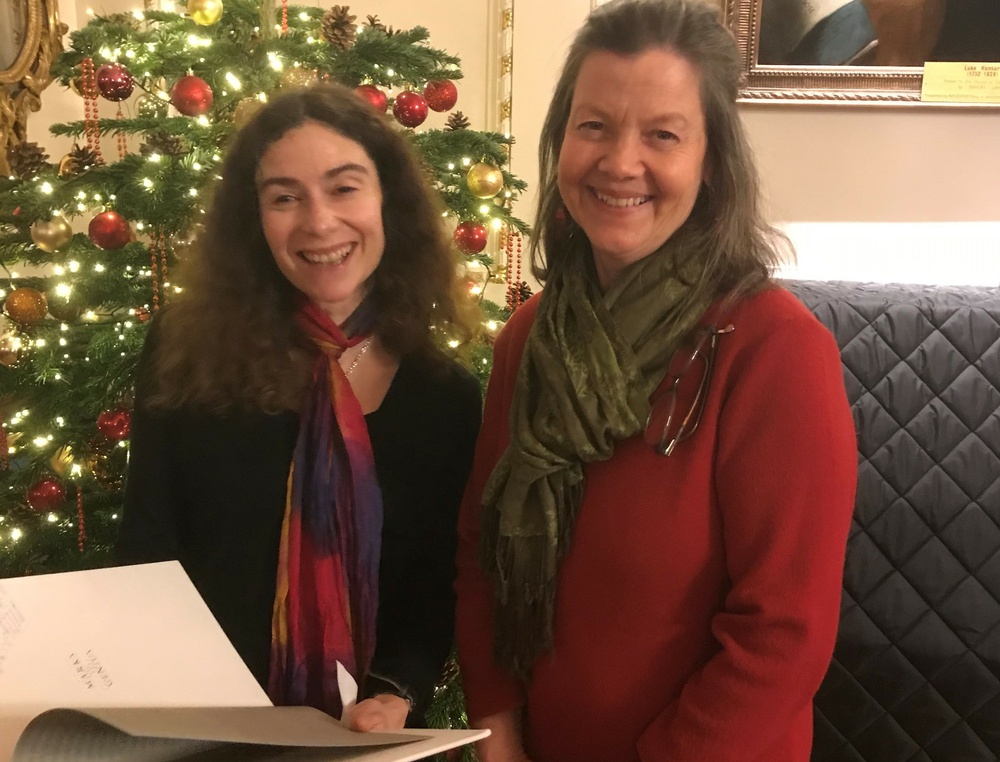 Yesterday three members of the staff from the Bodleian Library joined a guided tour of Stationers' Hall and the Church of St Martin- within-Ludgate. They also saw some of the documents in the Stationers' Company Archive which record the long association between their Library and the Company.

Among these was the Stationers’ copy of the crucial agreement drawn up between the Company and the University of Oxford in 1610. Under this agreement, negotiated by Sir Thomas Bodley himself, one copy of every book registered at Stationers’ Hall was to be sent to Oxford, to be made publicly available at Bodley’s newly refurbished library. This became the foundation of what we now know as legal deposit. Enforcing the agreement was not always easy, and the Company’s Court Books record several attempts to impose new penalties on Stationers who did not bring the requisite copies to the Hall. However, relations between the two organisations remained cordial, with the Bodleian Librarian being an important guest at Company dinners, and in 1938, the Curators of the Bodleian elected to have the Stationers’ coat of arms represented on the exterior of their new building in Broad Street. Yesterday’s visit strengthened the relationship still further, as Naomi Hillman, Visitor Host at the Bodleian, presented the Stationers’ Company with a copy of the beautiful publication 'Marks of Genius: Masterpieces from the Collections of the Bodleian Libraries', signed by Bodley's Librarian, Richard Ovenden OBE.
To find out more about guided tours of Stationers’ Hall, see here.