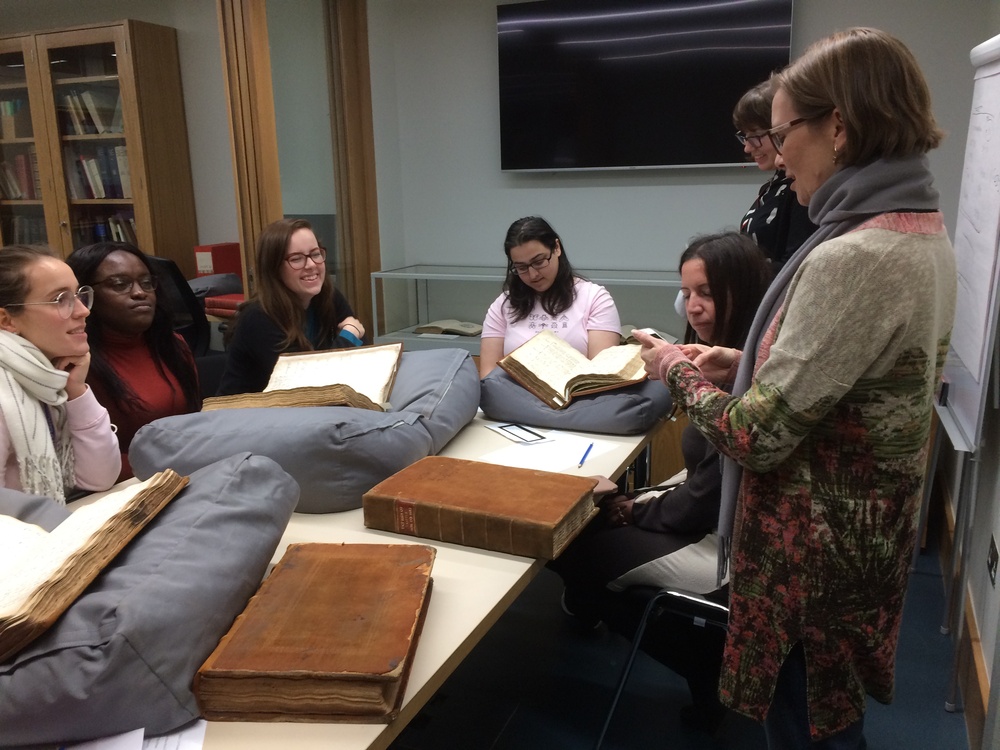 November was an exciting month for the development of our Archive service. Starting off what we hope will be a series of events encouraging new researchers to access our collections, we hosted two workshop sessions for University of Greenwich students.

In the first session, we worked with a group of undergraduates taking a module on Shakespeare. It was really refreshing how excited the students were to see actual historical volumes for the first time. Everyone wanted a selfie with our beautiful Liber Computi Pro Pauperibus, aka the Stationers' Company Poor Book, which has now been officially sub-titled ‘the Harry Potter book’. 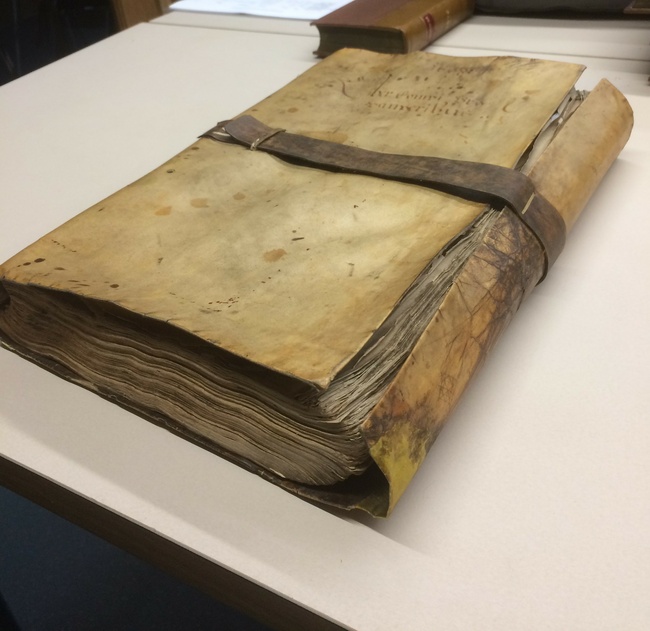 Once the initial excitement had died down, students were eager to explore what the registers had to tell them about the establishment of different versions of Shakespeare’s plays, and the changing perceptions of authorship over the centuries. They also learned how, by matching up entries of copy with apprenticeship records, Court records, and indeed the Poor Book, historians have pieced together the lives of the printers who registered Shakespeare’s work.

The second group consisted of postgraduate students taking an early modern module for their MA on Literary London. For this session, we included more material on the civic history of the Company, looking at documents such as William Leybourn’s 'Survey of all Lands and Tenements Belonging to the Worshipful Company of Stationers' (1674) and the discontented workmen printers' petitions for work (1685) to learn a bit more about the social and economic landscape of London in the period that they’re studying. We also discussed the political implications of printing a text, via the entries of copy for ‘Eastward Ho!’, Katherine Phillips’s poems, and work by Aphra Behn.

As with the first group, these students hadn’t visited an archive before, and were particularly interested in the materiality of the records. They spent some time doing group work on some of the registers, apprenticeship records and Court books, 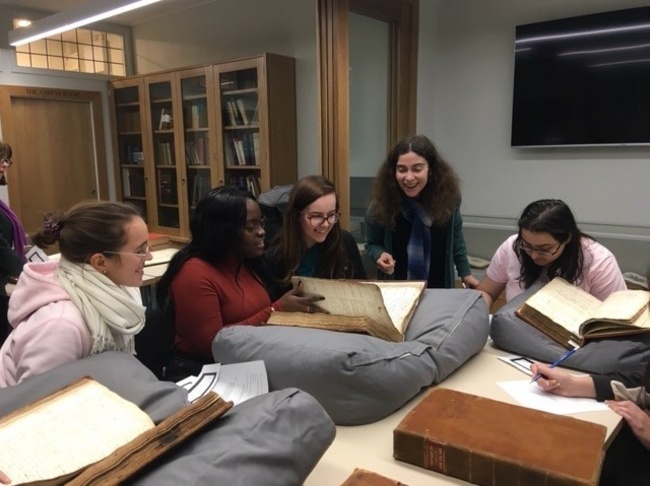 and their feedback showed that they were very sensitive to the information given by details like changes in penmanship or ink tone – details which are not always apparent in digital images.

Overall, both sessions achieved what I and the course tutors were hoping for, which was to engage the students in new ways of thinking about, researching and understanding the texts which they were studying. We also had the privilege of introducing them to archives, demystifying access to historical records, and hopefully unlocking a world of information which they will feel able to access throughout their lives.

Some of these students may well come back to carry out more detailed work on the records we hold here. All of them left having learnt something new about the Stationers’ Company. And best of all, everyone had fun!