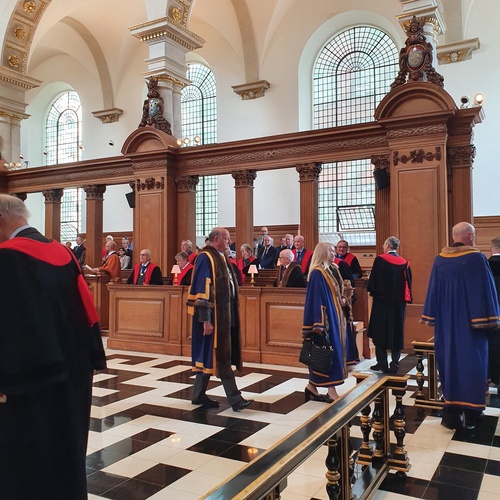 The annual Richard Johnson service was held yesterday at St Bride's in Fleet Street.  It was followed  by lunch at Saddlers' Hall.

Members will remmber that  Richard Johnson was born in 1756 and died in 1795. He wrote the Paper Maker and Stationer’s Assistant in 1794 and inscribed on the flyleaf of the manuscript that he bequeathed the proceeds of the book to the Stationers’ Company ‘towards the maintenance of the old widows above the age of sixty’. He died at the age of 38; a sad bachelor and paper merchant, unable to achieve his wish of making his fortune by the age of forty. In his will he left his property to the Company to be divided half-yearly among ‘five very poor widows’. He also asked that the Master and Wardens go to St Mary’s Parish Church in Hendon every year on the anniversary of his father’s death to inspect his father’s grave, in which he himself was buried, and to hear a sermon preached on the text Vita humana bulla est, and afterwards to dine.

Although the Company still sends someone to inspect the grave every year, the Hendon service and dinner were discontinued in 1917. For a number of years the annual service was held in St Martin’s within Ludgate but it now takes place at St Bride’s Church in Fleet Street. The dinner has been replaced by a lunch; however, the theme of the sermon remains unchanged, Vita humana bulla est... Life is a bubble!

This year the Rt Rev'd David Wilbourne, an Honorary Assistant Bishop of York was the preacher and you can read his full sermon here. 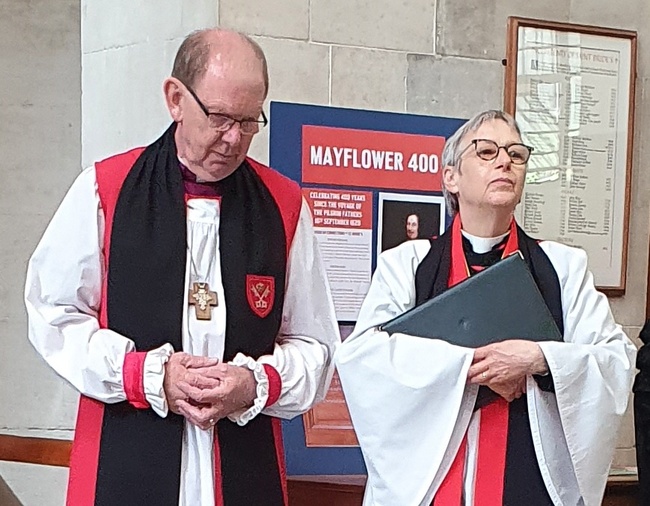 The choir of St Bride's provided stupendous music, including the much anticipated  Bubble Anthem but even more glorious were Beati Quorum Via by Charles Villiers Stanford, Ye Choirs of New Jerusalem also by  Stanford,  Nunc Dimittis in D by  Edward Bairstow and Irish Blessing by Bob Chilcott.

In accordance  with tradition the Clerk read out the list of members of the Company  who have died during the preceding 12 months.