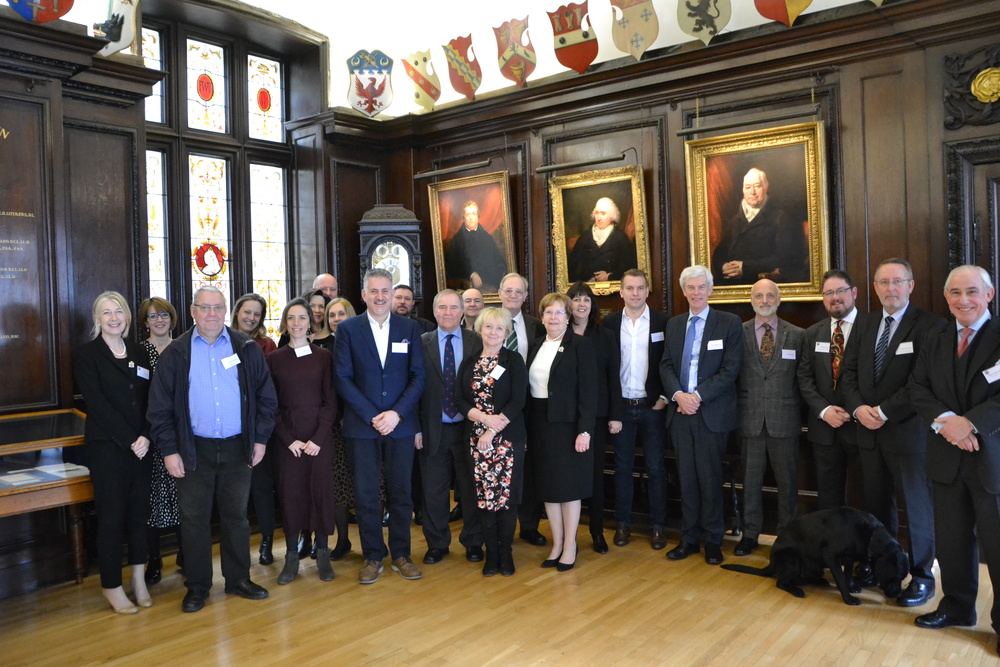 Representatives of 17 Trade Associations had booked to attend the annual TA Winter event and only two were  unable to attend thanks to  Storm Ciara!

Liveryman Tim Webb the TA Liaison for the Stationers' Company welcomed attendees who also included Stationers whose work for the Company brings them into Contact with the TAs.  In all some 20 attendees met in the Stock Room to hear the speaker Eric Van Der Kleij of Frontier Network and his two associates Martyn Walker of Agility Scienes and Zoe  Ryan of Novum Insights tackle the topic of Blockchain.  It was extremely helpful to have Eric  explain clearly what Blockchain is and how it might work and then to hear from Martyn and Zoe about their experiences of how it is already working out there in the world.  There were lots of questions, some from enthusiasts and others from those who were slightly doubtful but all were answered with clarity.

The session on Blockchain was followed by a drinks reception and lunch at which the Master welcomed the TAs and over which delegates were able to network.  They discussed matters of common interest and over coffee there was an open question session.  Of course Brexit reared its head once again but overall delgates revealed a desire to somehow accept that we are where we are and that their job is to enable their members to perceive the opportunities, no matter how tricky, and rise to the challenge of tackling them successfully.