CAKES AND ALE: THE REBOOT

This year, the Stationers' Company will unite online for a streamed Shrove Tuesday Service, followed by Cakes and Ale via Zoom. Coming together at the start of Lent  has been a Stationers' tradition since the early seventeenth century. In 1612, John Norton, bookseller and erstwhile Master of the Company, bequeathed money for 'one sermon be preached in [the Parish Church of St Faith’s under St Paul’s] upon Ash Wednesday yearly for ever', with funds set aside for 'Cakes Wine and Ale after or before the Sermon upon Ash Wednesday.' Although the virtual nature of 2021's ceremony is unprecedented, this is not the first time that the ritual has been modified by historical events.

Following the Great Fire of London in 1666, the Stationers were eager to continue their traditions, perhaps to emphasise that, despite the losses the Company had sustained, it was all very much business as usual. Circumstances dictated some modifications, however. The Court records for the 5th February 1667 note:
'Ordered, that there be a meeting at the Lame Hospital Hall on Ash Wednesday in the morning next, and from there to go to Little St. Bartholomewes Church, there to hear a sermon in performance of the gift given by Master Norton.'

John Strype, in his 1720 update of Stow's Elizabethan Survey of London, notes that 'St. Bartholomew's Hospital [was] commonly called the Lame Hospital, for that the Lame, Wounded, and Diseased People, are hither sent for their Cure.' The Hospital chapel 'Little St Bartholomewes Church', or St Bartholomew-the-Less, was designated an Anglican parish church after the Dissolution of the Monasteries. This change of destination was hardly optional: both Stationers' Hall and St Paul's had been destroyed in the fire.

Surviving bakers' bills and 'bun lists' recording the distribution of the cakes suggest that over the next few centuries, the Stationers embraced the tradition with some enthusiasm. William Ponting's bill for 'bunns' came to ten pounds, seven shillings and six pence in 1782, while a distribution list from 1784 shows that each attendee received at least a dozen buns. 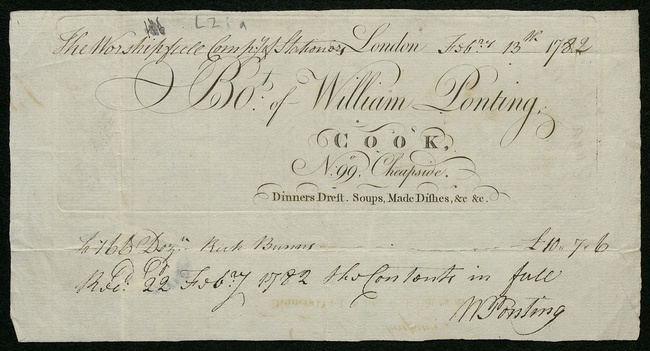 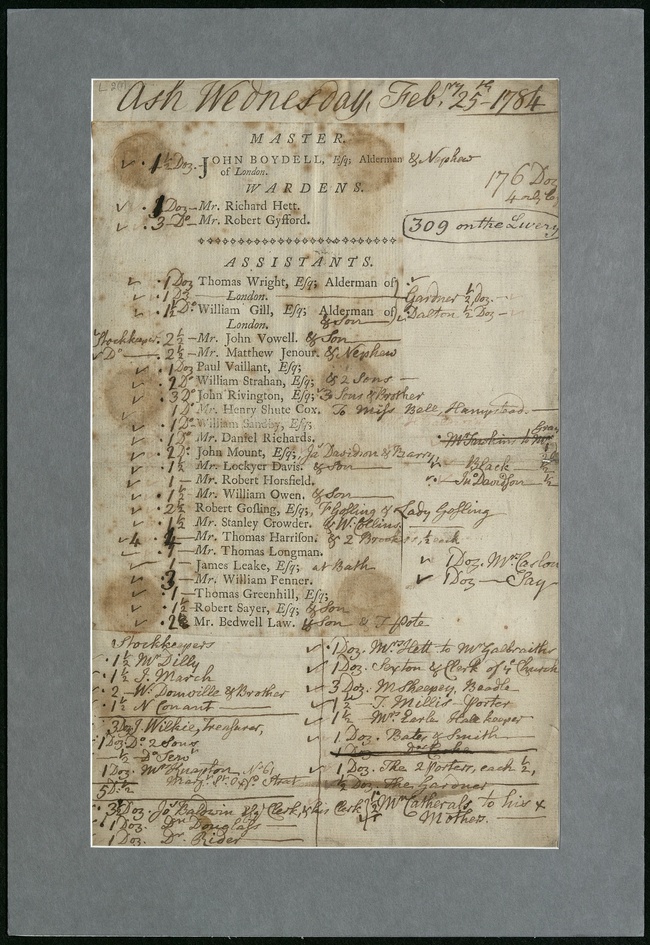 Ash Wednesday of 1820 saw a nationwide ceremony take precedence over Company tradition: the funeral of George III. A notice issued by the Beadle, William Lester, decreed that 'no Business shall be done on that day', and distribution of cakes and ale was postponed until the following week. 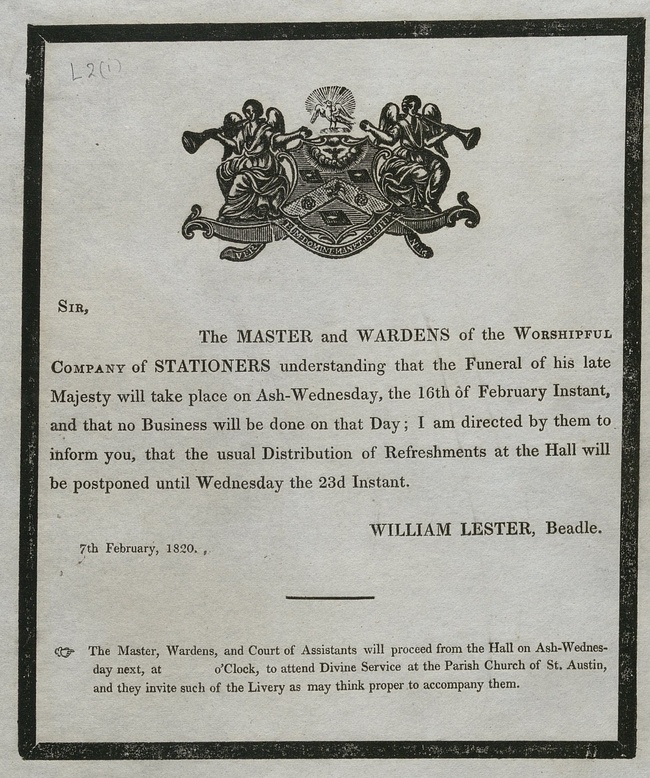 Events of the twentieth century were to intrude more starkly into the life of the Company. The Court record for 5 February 1918 notes that, although permission had been obtained from the Dean of St Paul's to hold the Ash Wednesday service as usual,'it was proposed to suspend the distribution of cakes and ale until the termination of the War, which was approved' (Court Book g, f636, Stationers' Company Archive TSC/1/B/01/30). As things turned out, an Armistice was signed later that year, but the next World War occasioned a longer interruption to the tradition. A Court Order for 5 February 1941 reads:

'It was decided that, in consequence of the war and the present state of affairs, the service usually held on Ash Wednesday in the Parish Church of St Faith in the Crypt of St Paul's Cathedral pursuant to the Will of Alderman John Norton should not be held this year but that, if circumstances warranted it, it should be revived next year, and also that no buns and ale should be provided for the Livery.'  (Court Book k, f258, Stationers' Company Archive TSC/1/B/01/34)

Circumstances did not, of course, and it wasn't until 1946 that the ceremony could be restored.
The revival proved unexpectedly short-lived, however, for in February 1947, the Court decreed that 'since buns could not be obtained owing to the rationing regulation, there would be no buns and ale.' (Court Book l, f111, Stationers' Company Archive TSC/1/B/01/35). 1948 saw the Ash Wednesday service followed by a rather more modest provision of tea, and the beloved cakes and ale didn't return to the menu until 1949.
Since then, the tradition has continued to bring Stationers together, and as the Company demonstrates its ingenuity in surmounting yet another obstacle, we hope you'll join us for this year's virtual celebration. 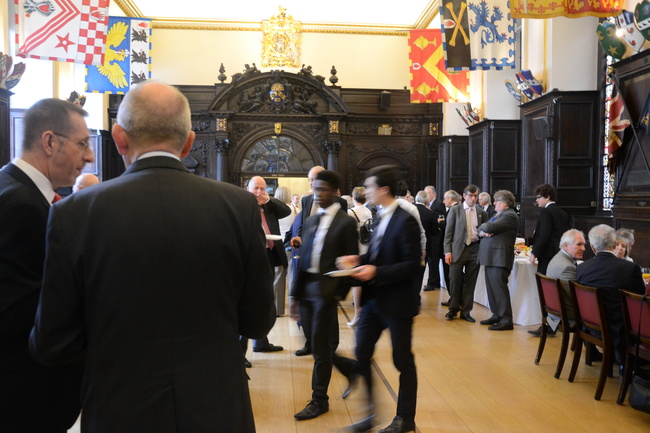