This Day in the Archive: 21 February

February 21st marks the death, in 1813, of Henry Baldwin, founder of a family dynasty of newspaper proprietors. Baldwin was apprenticed to Stationer Edward Say in 1749, and in 1756 was called to the Livery on the day he attained his Freedom of the Company by servitude. Not long afterwards, in March 1761, Baldwin published the first issue of the St James's Chronicle, a triweekly evening paper which remained in print until the end of the nineteenth century.

The St James's Chronicle: or, the British Evening-Post was the successor to the St James's Evening Post, which Baldwin had bought from another printer, William Rayner. Rayner had established himself in the pamphlet market during the 1720s, and his move into newspaper publishing in the following decade heralded the rise to dominance of this format in the cheaper end of the print trade. Rayner's career is most tactfully described as colourful. His forays into print piracy and political controversy led to a prison sentence in 1733. This was served in the King's Bench Prison in Southwark. Debtors imprisoned in the King's Bench were, on payment of a fee, allowed out on parole to work at their trades in the streets surrounding the prison, an area known as the "Rules" of the King's Bench Prison. In 1734, Rayner opened a printing house in Southwark, and when he was made free of the Stationers' Company in 1737, he was still operating within the prison bounds. 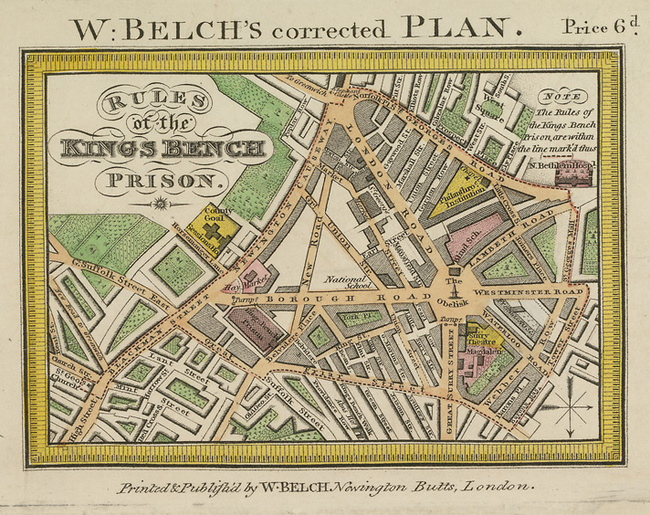 An 1830 map of the Rules of King's Bench Prison in London.https://commons.wikimedia.org/wiki/File:Kings_Bench_RULES_of_the_KING'S_BENCH_PRISON_1830.jpg#globalusage

However, a combination of business acumen and a lucrative second marriage meant that by the 1740s, Rayner was a successful man. Alongside the St James's Evening Post, he sold Baldwin two other titles, the London Spy and Read's Weekly Journal, which Baldwin merged to form a Saturday paper.
Although indubitably more respectable than Rayner, Baldwin brought to his enterprise the same determination and flair. Unable to fund his newspapers independently, he set up a joint-stock company, an innovative means of financing a newspaper at the time. His partners in the venture were prominent men in their own fields, many of them booksellers and writers, which helped the Chronicle establish itself in a burgeoning and competitive London market. David Garrick, the celebrated actor and theatre manager, is today the most widely known of the proprietors. 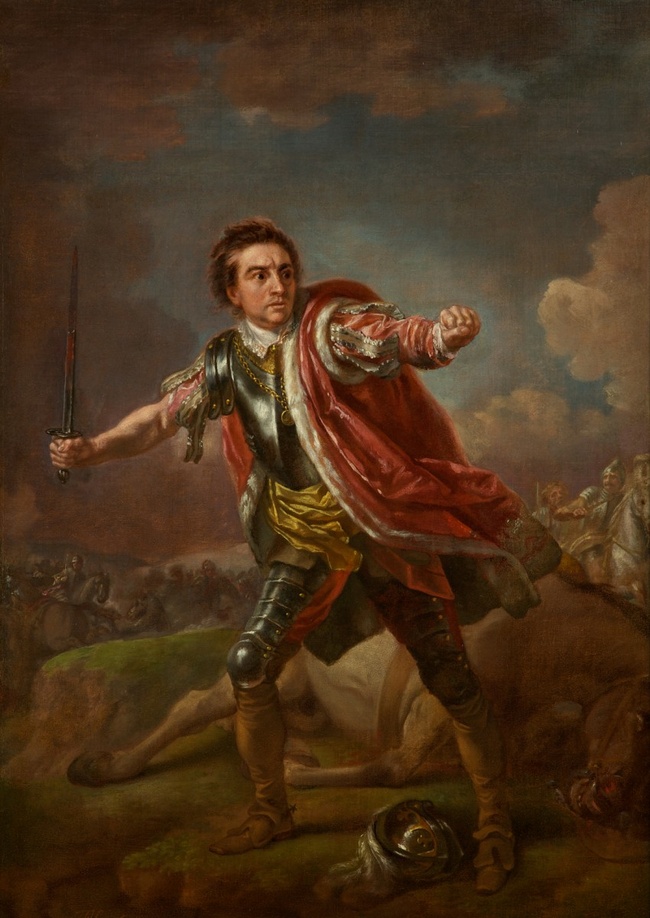 A later entrant into the joint-stock company was the eccentric literary scholar George Steevens. Steevens has another, rather different link to the history of the Stationers' Company. Given privileged access to the Stationers' Register while working on a new edition of Shakespeare, he quite literally made his mark in our Archive by inscribing his initials and an asterisk beside every Shakespeare entry.

Baldwin was not afraid of controversy, and the Chronicle's criticism of Parliament and George III could get him into trouble. Between 1768 and 1771, the first years of the so-called 'unreported Parliament', London newspapers began publishing Parliamentary debates with increasing frequency and accuracy. The government used several tactics to suppress this development, and on one occasion Baldwin and another publisher were made to kneel in penance before the Speaker of the House to accept his reprimand. According to one of those legends you can only hope is true, Baldwin rose from the floor, ostentatiously brushed his knees, and remarked in a stage whisper, 'What a damned dirty House'.
Baldwin's career continued to prosper, and in 1792 he served as Master of the Stationers' Company. His role as proprietor of the St James's Chronicle was taken over by his son, Charles. 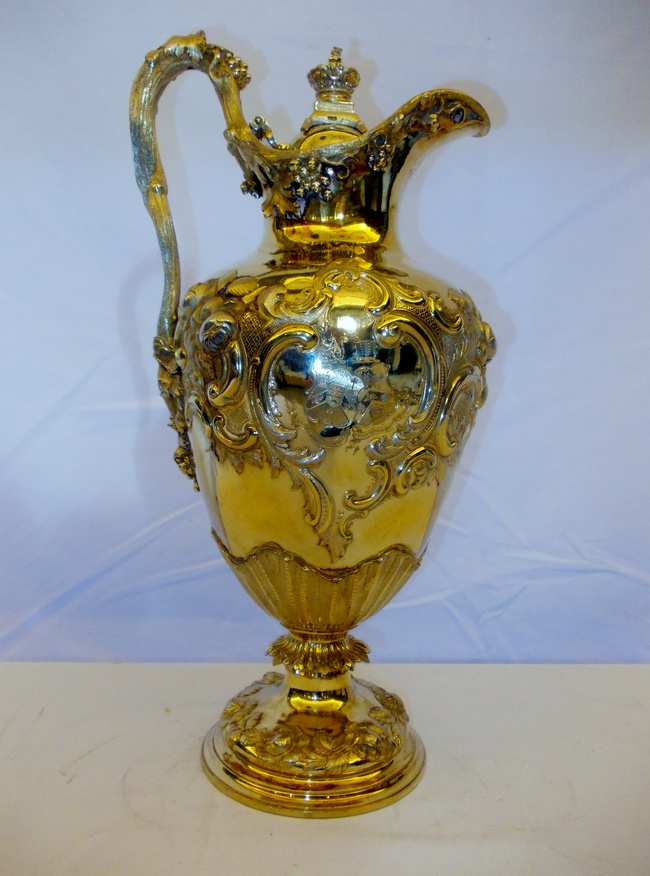 Ewer presented to the Stationers' Company by Charles Baldwin, twice Master of the Worshipful Company of Stationers 1842-3, 1843-4