SIR THOMAS BODLEY AND THE LIBRARY OF LEGAL DEPOSIT 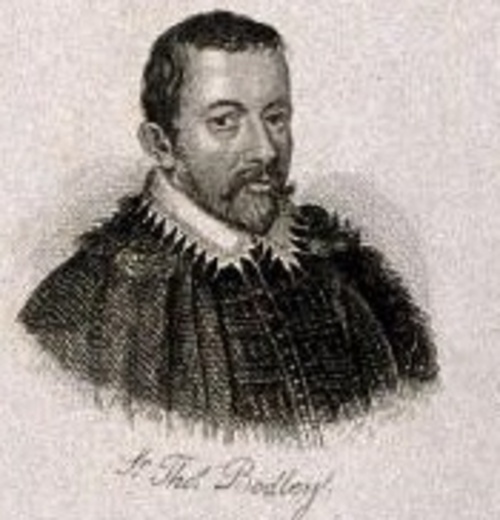 This Day in the Archive: 2 March

The 2nd of March, 1545, is the date of birth of Sir Thomas Bodley. An erudite scholar and accomplished diplomat, he is perhaps most widely remembered today as the founder of Oxford's Bodleian Library.

The University library, originally built in the fourteenth century, had been remodelled in the 1480s to house a donation of manuscripts given by Humfrey, Duke of Gloucester, younger brother of Henry V. However, by the time of Bodley's intervention, Reformationist zeal had depleted the collections, and Duke Humfrey's reading room had been taken over by the Faculty of Medicine. 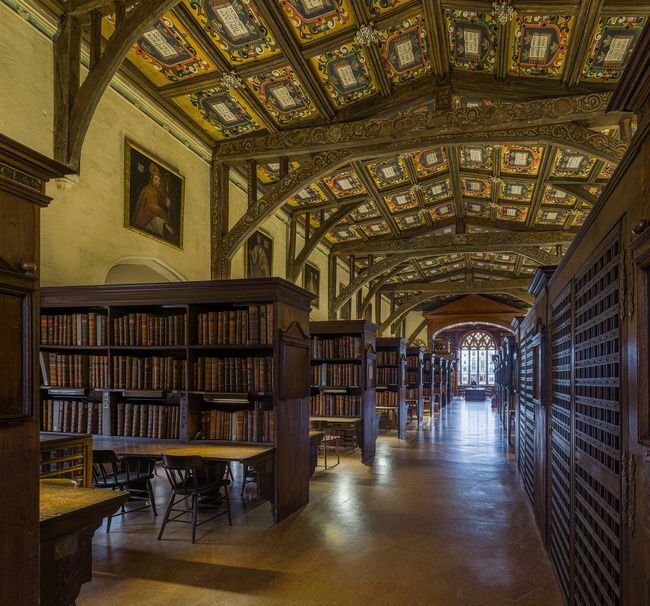 The interior of Duke Humfrey's Library, the oldest reading room of the Bodleian Library in the University of Oxford. Photo by DAVID ILIFF. License: CC BY-SA 3.0

With the resources provided by a lucrative marriage, Bodley set about refurbishing the library along the continental model of a 'stalled library' (shelves with a desk and seat at each press). He emphasised the importance of cataloguing the collection, and in 1605 the Bodleian Library produced the first general catalogue to be printed in Europe, following this in 1620 with the first alphabetical author-title catalogue. Recognising the importance of developing the collections, Bodley persuaded the Stationers' Company in 1610 to enter into an agreement to supply a free copy of every book registered at Stationers' Hall. 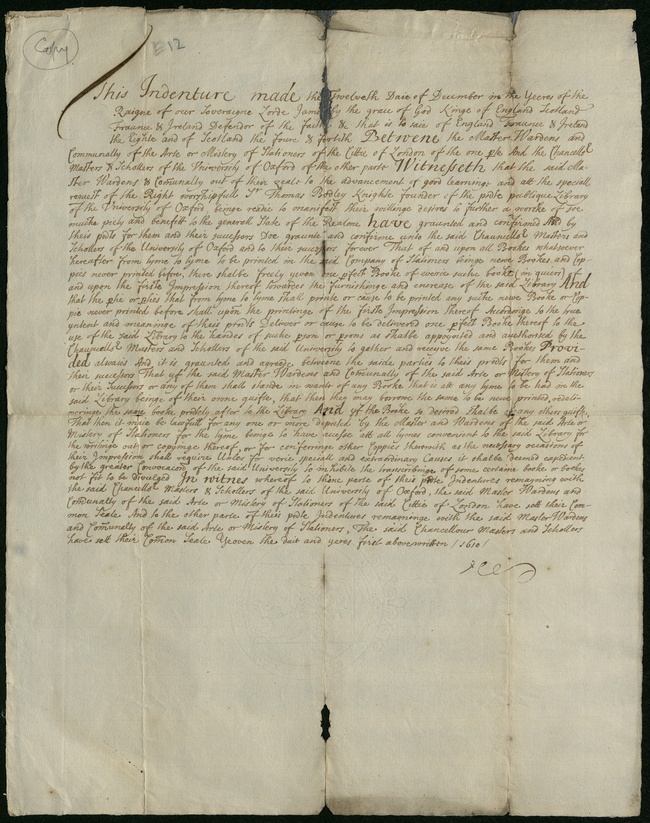 Stationers' Company Archive TSC/1/E/15. Page from the copy indentures for sending books to the Bodleian Library, 1610/11 (original held at the Bodleian)

Bodley himself was ambivalent about the agreement, confiding to the first Bodleian Librarian, Thomas James, his fears of an influx of 'idle books, and riffe raffes', and the consequent 'harm that the scandal will bring unto the Librarie, when it shalbe given out, that we stuffe it full of baggage books'. However, he clearly recognised the advantages of the arrangement too, for he soon began planning for extensions of the library. These extensions were the first in England to include shelving for smaller format books which could not be chained, as had been the custom in the mediaeval library. 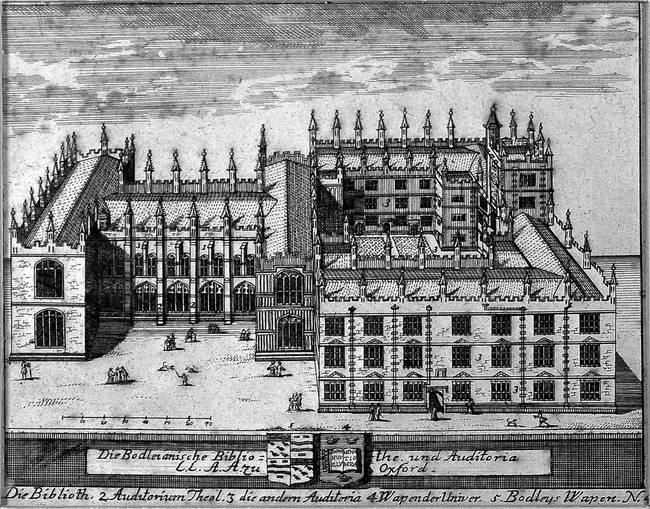 In fact, the agreement between Sir Thomas and the Stationers' Company became the foundation of what we now know as legal deposit in England. A Decree of Star Chamber in 1637 strengthened the Bodleian agreement, and in 1662 the Press Licensing Act required printers to deposit three copies of every book entered at Stationers' Hall, one for each of the libraries of Oxford and Cambridge Universities, and one for the Royal Library.

The Stationers' Company Court Books record the difficulty of trying to enforce this. In 1664, a Court Order notes that 'a warrant was this day made and signed by the Master and Wardens to Nicholas Fussell (their Beadle) to call for and receive of Booksellers, all such books as are due, and to be delivered into his Majesty's Library, and anto the Libraries of the two Universities, according to an Act of Parliament.'

The struggle persisted, and as late as 1694 it was 'ordered that the Master shall proceed as he shall think be fit in the information in the exchequer brought by Master Attorney General against several of the members of this Company for their not bringing in to the Master 3 books of a sort to be by him sent to the King's Library and to the Vice-Chancellors of the two Universities according to the direction of the Act for Printing.'

The celebrated Statute of Anne (1709/10), with its reframing of the concept of copyright, formalised the deposit agreement as a legal requirement, and extended it to include the Scottish Advocates' Library in Edinburgh. As time passed, the importance of the legal deposit library emerged: as a means of circulating knowledge among scholars throughout the country, of collecting the intellectual output of a nation over time, and of preserving it for future generations. In 1911, the first full-time Agent for overseeing legal deposit in the designated libraries became a full-time job. By then, with the addition of Trinity College Dublin and the National Library of Wales, there were five designated libraries (the King's Library, transferred to the British Museum and subsequently the British Library, operates separately, having always had uniquely mandatory terms of deposit). Oversight of legal deposit is now conducted by the Copyright Agency, based at Cambridge University Library. 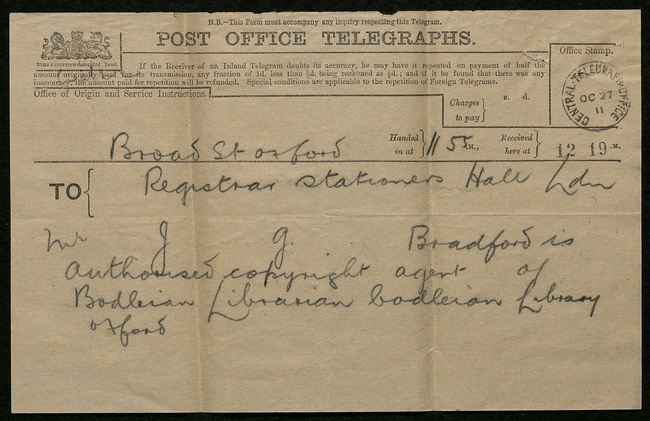