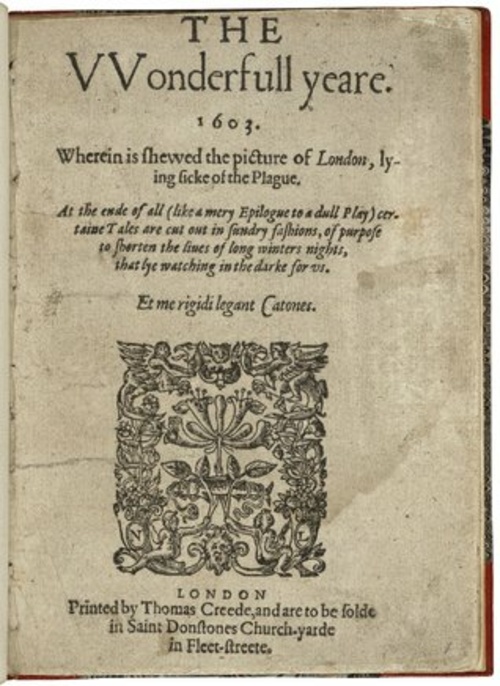 In my final post on this subject, my starting point is the publication of Thomas Dekker's pamphlet The Wonderfull Yeare.

London theatres provided the main source of income for professional writers in the seventeenth century. One of the playwrights affected by the 1603 plague closure of the theatres was Thomas Dekker. In need of a steady income, Dekker turned his talents to prose. His pamphlet The Wonderfull Yeare describes the ravages of the plague on a nation already grieving the death of its monarch, Elizabeth I. It was hugely successful, and Dekker returned to the subject of the plague in subsequent writings, such as Newes From Gravesend (a collaboration with the similarly unemployed Thomas Middleton), and the cheerily titled The Seven Deadly Sinnes of London.

The Stationers’ Liber B holds a fascinating Court reference to The Wonderfull Yeare.

On 5th December 1603, the Court of the Company ordered that Stationers Nicholas Ling, John Smethwick and John Browne be fined ‘for printinge a booke called the wonderfull yere without Aucthoritie or entrance, contrary to th[e] ordonnance for pryntinge. Also that they shall forbeare and never hereafter entermedle to printe or sell the same book or any parte thereof.’ The fact that Ling, Smethwick and Browne were fined for publishing the book on that date – at the end of the ‘Wonderfull Yeare’ itself – shows how quickly Dekker wrote the pamphlet and handed it over to the printer. Speed was of the essence in producing and selling topical pamphlets such as this, and Dekker’s experience of turning out high volumes of theatrical material clearly stood him in good stead.

Ling, Smethwick and Browne were no strangers to the Court’s reprimands, having been among a long list of Stationers fined in 1601 'for their Disorders in buying of the bookes of humours letting blood in the vayne being newe printed after it was first forbydden and burnt'. The book in question was a satirical work by Samuel Rowlands, which rejoiced in the full title The letting of humours blood in the head-vaine; with a new morisco daunced by seven satyres upon the bottome of Diogenes tubbe. In 1600, Bishops Bancroft and Whitgift ordered that the 'whole impressions' of this work should be 'burnt in the Hall kytchen' at the next meeting of Court Assistants, along with other satirical and 'popyshe' books, 'for that they conteyne matters unfytt to be published'. This gesture of official disapproval clearly generated a minor succès de scandale for debut author Rowlands, given that such a large number of publishers were willing to risk the fine incurred. 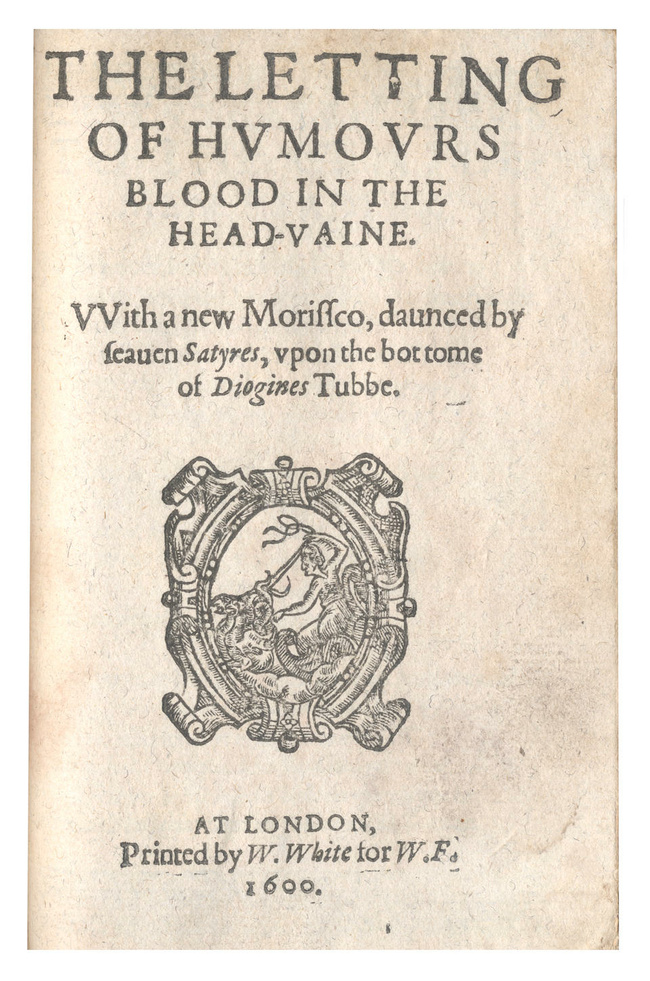 The Wonderfull Yeare, with its mix of fact and fiction, and a narrative structure that owed much to Dekker’s dramatic practice, similarly sold enough copies to warrant the gamble taken by Ling and his associates. It’s also an interesting text to consider in the context of the history of print culture. Shakespeare's move to poetry in 1593 was at once a matter of financial expediency, and a venture into a different (and, at the time, more prestigious) literary mode. When Dekker and his fellow playwrights adopted the form of the pamphlet – high volume, low quality publications – a mere ten years later, they demonstrated the extent to which the patronage system had begun to give way to the commodification of the printed text. The writer had entered the marketplace.